GoPro is back from the dead, and investors need to pay attention.

I've been bullish on action-camera leader GoPro (GPRO 1.18%) since April, but I was really pounding the table in August after the company rode its incredible momentum to yet another stellar second quarter.

We're now observing a blockbuster third-quarter result, where the company generated $1.92 in GAAP earnings per share, compared to analyst expectations of just $0.20 -- a beat of 860%. But it also delivered significant results in other metrics we watch as investors, so there's a growing list of reasons you should be buying this stock right now.

GoPro isn't new to the public markets. It listed on the Nasdaq in 2014, hit a record high of $87 per share, and then it was all downhill from there with the stock hitting an all-time low near $2 in 2020. It's not easy to resurrect a company after a 97% decline in its share price, but GoPro is proving that it's more than just a one-trick camera hardware maker. 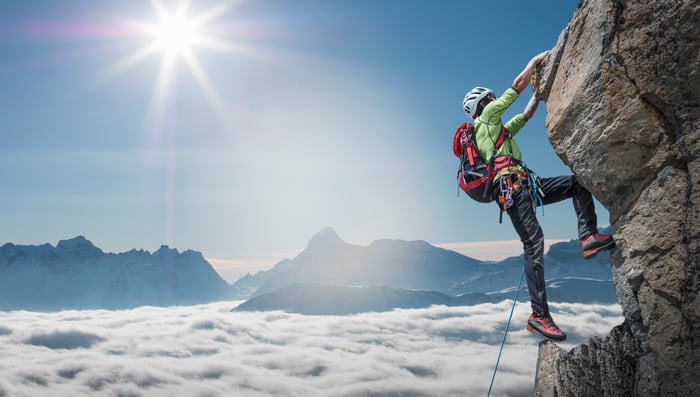 It realized that its brand loyalists wanted more out of their GoPro cameras. For a $49.99 per year subscription, customers can now unlock live streaming directly from their GoPro, along with unlimited cloud storage, exclusive product discounts, and even no-questions-asked damage replacement.

The company also developed a smartphone app called Quik, which offers advanced video editing capabilities and is free for all GoPro.com subscribers. But non-GoPro users who are looking for a more comprehensive camera tool for their smartphones can pay $9.99 per year for just this app as a stand-alone product -- a move designed to expand the company's total addressable market.

There are significant benefits to having a subscription-based revenue stream. The payments are recurring each year, so it makes it easier for the company to project its potential income. It also has extremely high gross margins (between 70% and 80%) because there aren't any significant costs involved.

GoPro estimates it will have 1.7 million subscribers by the end of this year, which could mean $90 million in recurring revenue during 2022. It could be key to the company's rapidly improving profitability.

GoPro traditionally sells its cameras and accessories through some of the world's top retailers. However, it's making a shift to leverage its website to sell them directly to consumers instead. By cutting retailers out of the selling process, GoPro keeps a larger share of the revenue and therefore makes more money per product sold.

It's already seeing the effects with a 43.8% blended gross margin in the third quarter, the highest level since 2015 and significantly higher than the 36.2% it delivered in the same quarter last year. The company's average selling price (ASP) also soared by 25%, and cameras priced above $300 made up 98% of sales revenue -- for reference, this figure was 83% in the third quarter of 2020.

But the company's constant innovation will likely yield even further improvements in these metrics. It just launched its HERO10 Black action camera, which offers 5.2K high-definition recording and a substantial upgrade in video stabilization. It's priced at $499, and the company firmly believes its closest competitor in terms of technical capability is priced at a whopping $3,500 -- making this product a no-brainer for its quality-minded customers.

Why GoPro is a buy right now

As mentioned earlier, the company delivered an 860% earnings beat on a GAAP basis, with $1.92 in earnings per share. This was partly attributable to a large tax benefit the company recognized in the quarter. But on an adjusted basis (with that tax benefit removed), it still made $0.34 per share in earnings -- a 73% beat compared to Wall Street expectations.

Analysts had been expecting GoPro to deliver $0.74 in full-year adjusted 2021 earnings, but the company just issued guidance indicating a solid uplift to $0.83 per share. That means right now, the stock trades at a price-to-earnings multiple of 11.5, significantly below the Nasdaq 100 index at 35. GoPro would effectively need to triple in price to align with the average valuation in the broader technology market.

With soaring earnings, subscriptions, and innovation, this company is well and truly back. For investors with a longer-term view, the stock could even rise by multiples from where it is right now.