Net operating income continues to recover, while the mall REIT is steadily reducing its debt load.

Three months ago, The Macerich Company (MAC -1.97%) reported that its net operating income (NOI) returned to growth in the second quarter, following a series of steep declines during the worst of the pandemic. Last week, the mall real estate investment trust (REIT) reported that NOI and tenant sales continued to bounce back in the third quarter. This good news helped Macerich stock rally to a new 52-week high, and for good reason.

In the third quarter, comparable small-shop sales for Macerich's portfolio jumped 14% compared to the same period in 2019, in line with its tenant-sales growth a quarter earlier. Meanwhile, occupancy continued to recover, reaching 90.3%, up from 89.4% as of June 30 and 88.5% as of March 31. The company also has a sizable pipeline of signed leases for future store openings, paving the way for further increases in occupancy over the next year or so.

The improvement on these metrics points to the continued strength of most of Macerich's properties. Shopper traffic remains solid, and consumers are spending more than ever when they visit the mall. That, in turn, is encouraging prospective tenants to sign new leases.

In the near term, financial performance remains well shy of pre-pandemic levels. The mall REIT reported occupancy of 93.8% as of Sept. 30, 2019, and 95.1% a year before that. Due to lower occupancy and rent concessions made to some struggling tenants during the pandemic, same-center NOI totaled $181 million excluding lease termination income last quarter. That compares to $216 million in the third quarter of 2019.

Nevertheless, Macerich is on the right track. Same-center NOI jumped more than 20% year over year in the third quarter and increased sequentially. As occupancy rebounds and strong tenant sales growth enables the REIT to raise rents, NOI should continue to recover. 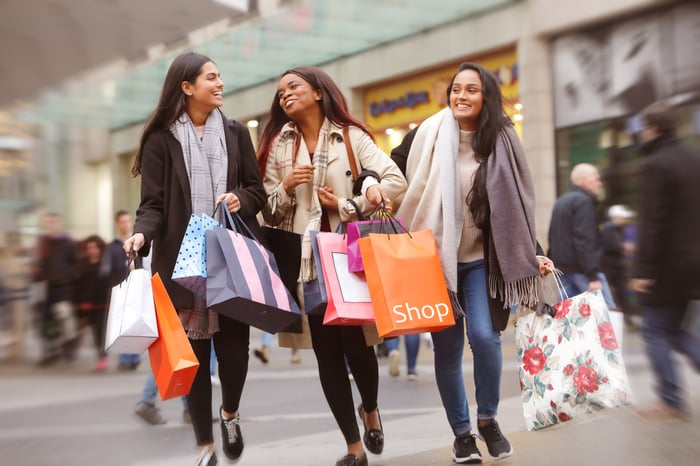 Anchor upgrades on the way

While closures of anchor stores have been a headwind for mall owners over the past few years, Macerich is now capitalizing on such closures to upgrade its malls. For example, it has signed leases to replace a pair of closed J.C. Penney stores in New York with fast-fashion retailer Primark and Target. It will replace a closed Nordstrom store in the Phoenix suburbs with a Scheels sporting goods store. It also has a variety of junior anchor tenants scheduled to open over the next two years and more anchor replacements in the pipeline.

These redevelopments should make Macerich's malls even more compelling shopping destinations. That will support long-term growth in foot traffic, tenant sales, and (most importantly for shareholders) rents.

Macerich is fixing its balance sheet

The pandemic hit Macerich particularly hard because of its weak balance sheet. The REIT had to sell tens of millions of shares (at an average price of less than $14) to help it pay down debt. That taught management a painful but valuable lesson about the importance of maintaining ample financial flexibility.

Fortunately, Macerich continued to fix its balance sheet last quarter, and it did so without issuing much new stock. Most notably, it sold La Encantada, a lifestyle center in Tucson, for $165 million in September. It also used internally generated cash flow to fund debt reduction during the period. 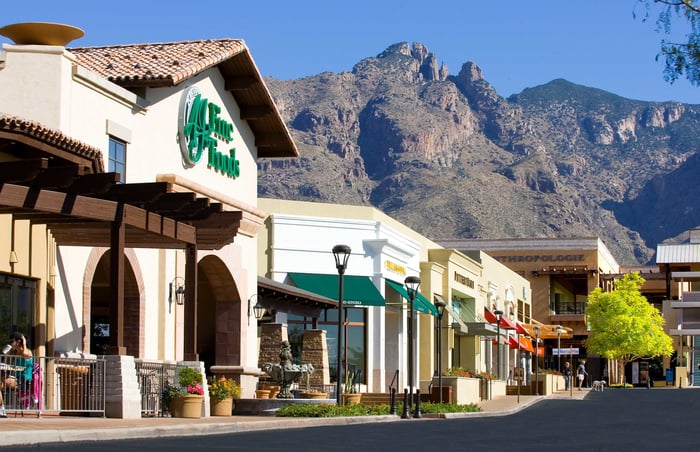 It will take another two years or so for Macerich to get its properties fully occupied. The REIT will also likely finish fixing its balance sheet around then, although that depends on its asset sale activity and whether it chooses to issue more stock to accelerate its debt reduction.

However, it's already clear that Macerich is on the road to recovery. While the stock has rallied sharply since bottoming out last year, it still trades for a modest 11 times the company's projected 2021 funds from operations (FFO) of $1.92 to $2 per share. Moreover, there's plenty of room for FFO to rise further as the business recovers. If Macerich's recovery plays out as expected, shares of this REIT could continue to rally over the next few years.

Why Is Macerich's Dividend Yield So High?

Here's Why Macerich Can Keep Raising Its Dividend