Even after a dramatic post-earnings downturn, PTON stock could and should go lower -- but not for the reason some folks think.

Nov. 5, 2022, wasn't Peloton's (NASDAQ:PTON) best day, to say the least. PTON stock, after already having been halved since the summer, shed another 35% that day. Financial commentators, naturally, had a field day with this. Citing a "a slump in revenue," one writer's postmortem declared in 50-point font, "Peloton's earnings show Americans may be abandoning at-home workouts." Or, maybe they're not. A deeper dive into the fiscal figures strongly suggests that Peloton's biggest problem isn't a post-Covid return to "normal," but a company-specific penchant for spending beyond its means. 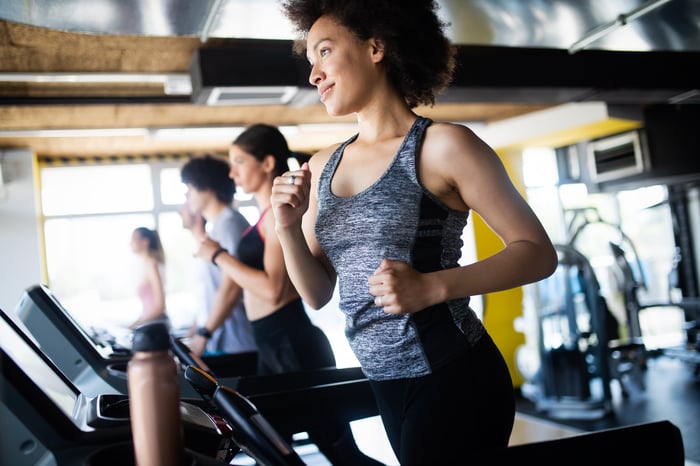 No dust on those treadmills

If everybody's venturing back into public fitness centers because vaccines are widely available now, then Peloton's revenues should have completely dried up. Yet there's scant evidence that this actually happened.

By the company's own admission, Peloton's revenue is generated primarily from the sale of its Connected Fitness Products (the Peloton Bike and Bike+, as well as the Peloton Tread and Tread+) and the associated recurring subscription revenue.  These revenue sources ought to have evaporated if everybody's home gym equipment were collecting dust.

As it turned out, in fiscal Q1 2021 (which ended on September 30) Peloton saw a total revenue increase of 6.2% year over year. The company's Connected Fitness Products revenue declined 16.7%, which isn't as horrendous as a post-Covid-19 return to normal would suggest. Besides, Peloton more than made up for this with a whopping 94.3% year-over-year improvement in Subscription revenue.

Furthermore, we can't easily disconnect the two segments. Peloton observes that, in part, the year-over-year growth of its Connected Fitness Subscriptions was driven by the "significant number of Connected Fitness Products delivered over the past 12 months."

And people are, indeed, working out quite a lot on those home machines: Members with Connected Fitness Subscriptions worked out 120.5 million times in fiscal Q1 2021, representing year-over-year growth of 55%.

So, the thesis that Peloton's woes stemmed from a lack of enthusiasm for home-exercise equipment doesn't seem to comport with the revenue breakdown. The revenue may have shifted somewhat from equipment to subscriptions, but neither segment collapsed and either way, the money's flowing in.

There isn't much in the way of explanation from Peloton, but the numbers provide some insight: From $262.7 million in fiscal Q1 2021 gross profit, we can subtract an obscene $284.3 million in sales and marketing expenditures, and we're already in the red.

Then, we can deduct $240.3 million for "general and administrative," $97.7 million for "research and development," and $13.9 million for "other." Doesn't anybody know a good accountant?

Not just bad, but worse than expected

Was Peloton's runaway spending the main impetus behind the market's 35% single-day share dump? Not likely, though perhaps it ought to have been. Rather, investors were probably focused on Peloton's quarterly EPS underperformance versus Wall Street's expectation.

Apparently, the analyst community had modeled a fiscal Q1 loss of $1.07 per share, while the actual loss was $1.25 per share. That's a fairly wide miss, though it might not justify a 33%+ single-session haircut in the share price.

More importantly, observers of the wreckage might be misdirected in their assessments. Some will see a bottom-fishing opportunity without asking the pertinent questions about whether Peloton will commit to some form of cost containment going forward.

Others will write Peloton's problems off to the aforementioned perceived post-pandemic return to public gyms. One example would be MKM Partners analyst Rohit Kulkarni, who offered up a mea culpa with, "We were wrong about PTON's ability to execute amid reopening and competitive headwinds."

Not to kick a company while it's down, but this is no time to go on a dip-buying expedition with PTON stock. The reduced price point might seem like a bargain if you've been sitting on the sidelines. Before even considering a long position, though, investors should require more transparency-and certainly, more accountability-as to Peloton's habit of spending much more money than the company's actually has. Until/unless that happens, it's probably wise to exercise your right to avoid the stock altogether.