Annaly Capital Management (NYSE:NLY) sports a huge 10% dividend yield at a time when the broader market is offering just 1.3% or so. That's not an anomaly -- this real estate investment trust's (REIT's) yield is normally in the double digits. But that's part of the problem, which takes a little explaining. Here's why I'll never own Annaly or any of the similarly run mortgage REITs.

The thing you need to understand about Annaly is that it owns pools of mortgages. That's very different from traditional REITs, which own physical properties that are rented out to tenants. There's inherent value in buildings, and they can be released and repurposed if there are any problems. In a worst-case scenario, they can be sold, with some idea of what the property is worth.

Essentially, a mortgage REIT is kind of like a mutual fund that owns a collection of paper assets. The value of the mortgages Annaly owns fluctuates, often quickly, based on supply and demand in the market. Interest rate levels play a key role in pricing as well, since they dictate the amount of interest that gets paid on mortgages. And, when times get tough on Wall Street, mortgage values can quite literally collapse.

I'd rather own a company that owns physical property with some inherent value based on its location and purpose than a company that owns collections of mortgages, where the whims of the market play an outsized role in valuation. To some extent, when you buy a mortgage REIT like Annaly, you're paying for the skill of the team in adjusting the mortgage portfolio to market conditions. 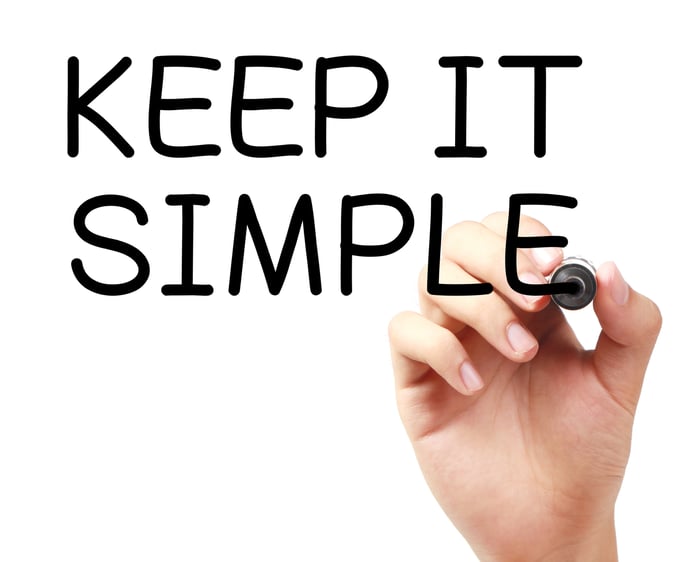 Ultimately, the way a mortgage REIT makes money is by collecting the spread between its financing costs and the costs of the mortgage interest it collects. To make as much money as possible, mortgage REITs, Annaly included, use leverage. However, they don't own property, so they use the value of their mortgage portfolios to back the debt they take on.

This is normally not a big deal, except that the value of the mortgage portfolio is highly dependent on market sentiment. So when times get tough, the value can fall quickly and dramatically. In these times, the REITs' portfolios can decline to the point where they aren't large enough to back up the loans that have been taken out. When that happens, the lenders ask for more collateral for the loan (this is basically the same as a margin call for individual investors).

The problem is that there's really no way to get more collateral in this situation, so something has to give. To be fair, this doesn't happen often, but when it does, it can cause all sorts of havoc, which brings up the next point.

3. Dividend consistency, or the lack thereof

For a typical property-owning REIT, there are leases backing the rent rolls that back the dividend. With a mortgage REIT, it's the income from the mortgage payments that backs the dividend. When there's a margin call, or even an increasing threat of one, mortgage REITs like Annaly have to make changes to their portfolios, perhaps including selling assets. That reduces the income available for dividends.

There's also the not-so-subtle problem that interest rates change over time, and a low or falling rate environment means mortgages generally produce less income. This is all to say that dividends can and do get cut on a regular basis in the mortgage REIT space. 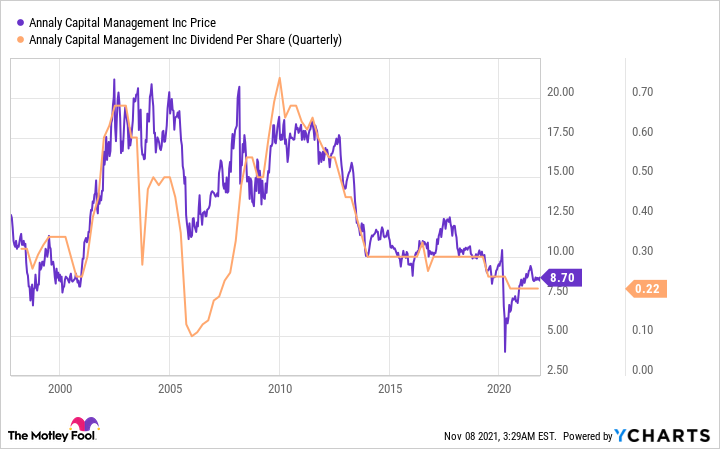 As the chart above shows, Annaly's dividend (and it is probably one of the best-run mortgage REITs around) has been all over the map. For dividend-focused investors seeking income consistency, that graph is a nightmare.

But remember: I noted that Annaly's dividend yield is often in the double digits. That's because its price changes along with the dividend payment to keep the yield high, as the chart above also shows. In other words, when the dividend is falling, the stock is very often falling as well. For conservative types, this is not a sleep-well-at-night type of investment. This is probably the biggest reason why I avoid the mortgage REIT space.

Fine for some, but not for me

At the end of the day, there's nothing inherently wrong with Annaly Capital Management. It is a well-respected mortgage REIT that has largely done a good job of being a mortgage REIT. The reason why I won't touch it has more to do with the general business model in the mortgage REIT space. There's just too much dividend variability.

I personally can't handle the emotional side of owning a name like Annaly, so I stay away. I'd rather collect a smaller 5.3% dividend yield from a REIT like W.P. Carey (NYSE:WPC), which owns over 1,200 physical assets across multiple property categories and geographies with an average lease that's over 10 years long. It's just who I am as an investor at this point in my life.