Shares of Robinhood Markets (HOOD -3.59%) pulled back in October, after the company issued a disappointing third-quarter earnings report, with revenue falling sequentially from the second quarter. According to data from S&P Global Market Intelligence, the stock finished the month down 17%.

The stock drifted downward for much of the month before falling sharply on Oct. 27. 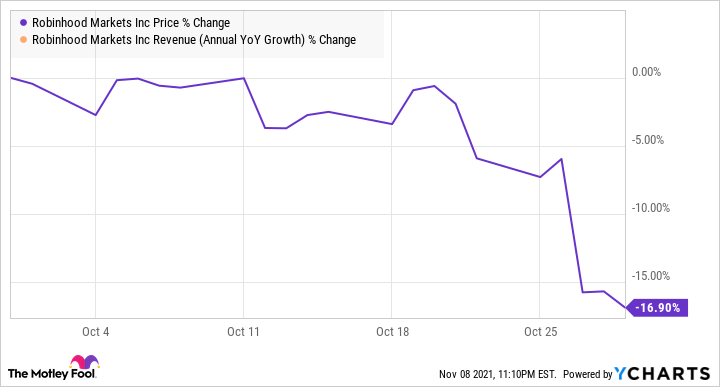 Robinhood shares dipped 10.4% on Oct. 27, after the company badly missed estimates in its third-quarter earnings report. 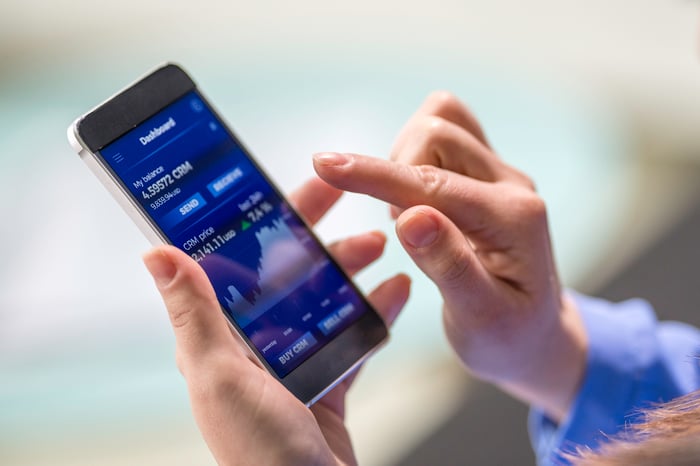 Robinhood also saw an adjusted EBITDA profit of $59 million flip to a loss of $84 million, and on a GAAP basis, the company reported a loss of $2.06 per share, worse than expectations at $1.37.

The app-based financial brokerage also offered underwhelming guidance, calling for revenue of $325 million in at most in the fourth quarter, saying that seasonal headwinds and lower retail trading activity would affect results. It also expected 660,000 new accounts in the period, similar to the third quarter. Robinhood's Q4 revenue forecast was far short of the analyst consensus at $498 million.

Analysts responded to the report by lowering their price targets, and the report, only Robinhood's second as a publicly traded company, raises doubts about the company's growth potential. Robinhood has disrupted the financial services industry and has won a following, especially among millennials and Gen Z, but with no commissions and a business model that relies on payment for order flow, the volatility is likely to continue. The boom in the second quarter driven by Dogecoin may prove to be temporary.

Robinhood is making progress, improving its platform by rolling 24/7 customer service phone support and introducing crypto wallets, which shows it's focused on providing value for its customers. Still, investors should expect slower growth for at least the next quarter or two, as new accounts have slowed and the company is lapping the trading boom during the pandemic.

Crypto Winter: Why Investors Are Leaving This Popular Stock Out In the Cold

Another Trend From Robinhood?