The Middle Eastern and African social network company booked a healthy Q3 profit just one year after it reported a big loss.

Shares of Dubai-based Yalla (YALA 11.16%) exploded higher Tuesday, rising 26% through 10:45 a.m. EST after the Middle Eastern and North African social networking company nailed Wall Street's target for third-quarter revenue, and shifted from a loss of $0.43 per share a year ago to a $0.14 per share profit this time around.

Revenues for the quarter were $71.3 million, up 111% year over year, and right in line with analysts' expectations, with about 75% of the business coming from the provision of "chatting services" and the balance from "gaming services."

Not only did Yalla attract more users to its network -- its monthly average users (MAU) metric was up 82% to 25.9 million -- it got them to use its services for longer as well. This explains why revenue growth outpaced user growth. The number of paying users rose 51% to 7.7 million -- not quite as strong as MAU growth, granted, but still a healthy gain. 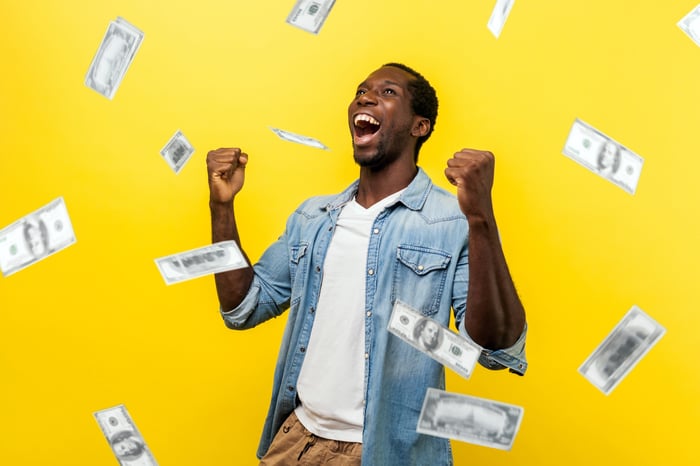 Now for the bad news: Heading into the fourth quarter, Yalla management expects growth will slow significantly. While its prediction for Q4 revenue in the range of $67 million to $72 million would amount to a gain of 39% to 48% year over year, that represents a sharp slowdown from Q3. It also falls short of the $73.4 million in revenue that Wall Street has been forecasting.

Considering that Yalla only met revenue forecasts in Q3 (rather than beating them) and that it's now calling for a Q4 miss, I fear that Tuesday's stock price rally will not last long.

Why Yalla Stock Skyrocketed 77.9% in January