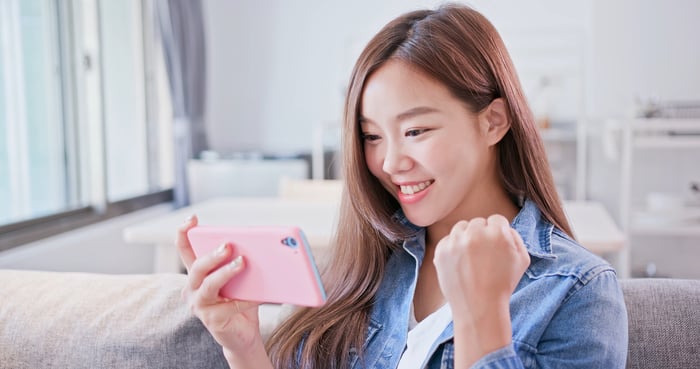 Zynga's rapidly expanding advertising business is also helping to power its growth. The company's purchase of hyper-casual game publisher Rollic late last year has made it an increasingly powerful player in the in-game ad market. Zynga's advertising and other revenue and bookings, in turn, rocketed 99% to $134 million in the third quarter.

These strong results and positive ongoing gaming trends prompted Zynga's leadership team to lift its full-year sales and profit forecast. Management now expects the company to generate revenue and adjusted EBITDA of $2.78 billion and $616 million, respectively, in 2021. That's up from a prior projection of $2.73 billion and $575 million.