A market crash can be a great opportunity to buy great stocks with high potential at rock-bottom prices. But since you don't know when the next crash will come, and you want your money to work for you regardless of the general environment, finding cheap stocks is a more practical way to buy companies trading at low valuations that you can expect to grow.

One company whose stock was recently slammed is PagSeguro Digital (NYSE:PAGS). But the stock drop may be more about investors' fears than business issues, and that spells opportunity. 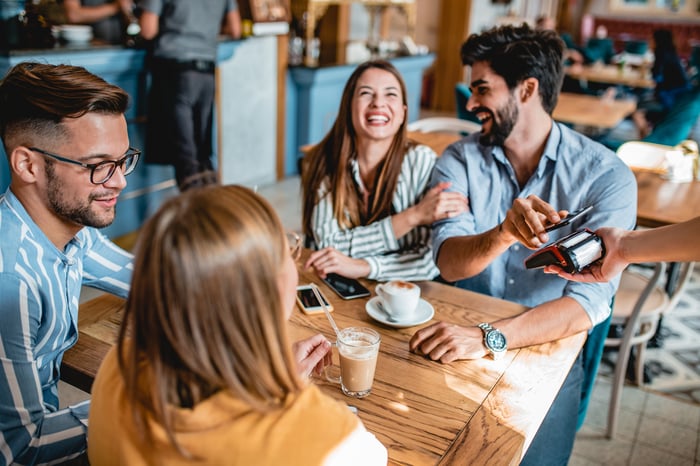 Fintech in one of the world's largest markets

PagSeguro, which means "secure pay" in Portuguese, is a financial technology company that works with individuals and small-to-medium-size businesses in Brazil. It functions like U.S. fintech company Square, providing its users with payment solutions and point-of-sale (POS) devices, digital banking, and other features. The company says its mission is to "disrupt and democratize financial services in Brazil," a market that it says is "concentrated and underpenetrated."

That sounds like a recipe for success, and the company has been growing by leaps and bounds. In this year's second quarter, consolidated total payment volume (TPV) increased 154% year over year to nearly 102 billion Brazilian reals (nearly $19 billion at recent exchange rates), with revenue up 75% to almost 2.4 billion reals (or about $433 million). The banking division was particularly strong, up 341% over the same period of 2020, with an addition of 2.1 million customers for a total of 11.2 million.The company reports third-quarter earnings on Thursday, but it posted a preliminary earnings release for consolidated TPV growth of 85%. Growth is slowing down now that the country is past its coronavoucher program, but it's still strong.

PagSeguro's stock plunged in early October after the Brazil Central Bank announced that it would be capping interchange fees on prepaid card transactions. These make up part of the company's revenue, but management has said it's not worried about the effect of the new law, which it claims may have only a "negligible" impact on the overall business. A second response said that it will actually gain from the new law if and when it goes into effect, since, while it may lose revenue from the interchange fees imposed on prepaid cards, it also pays interchange fees as part of the acquiring side of the transaction, and these fees would decrease.

However things play out, it's understandable that this creates confusion for investors and volatility for the stock. It also means that the company could face other regulatory risks in the future.

I would say that investors need to see the big picture here. PagSeguro has multiple businesses and revenue streams and works in an emerging market where there's lots of opportunity.

A stock that's lagging the opportunity

PagSeguro's stock hasn't been a great performer so far. At recent prices, it's gained roughly 20% since its first day of trading in 2018, and it's down 40% in 2021. At this low price, it's trading at roughly 48 times trailing 12-month earnings. Square, on the other hand, is trading at nearly 232 times trailing earnings even though it's not growing nearly as fast -- although, admittedly, its TPV is more than double PagSeguro's, and it grew a healthy 43% in the just-released third quarter.

In this case, the market isn't awarding PagSeguro a premium based on potential because of issues in the current environment. That means there's risk in buying shares. But the potential still exists, and the price is likely to catch up at some point. Investors should consider buying shares before that happens.