Delays stole the headlines, but Activision is still executing well across the board.

Last week, the video game publishing company Activision Blizzard (ATVI -2.42%) released its third-quarter earnings and saw its stock drop nearly 15% immediately following the report. While the company delivered some disappointing news for the upcoming fiscal year, there were also several notable bright spots across its portfolio of games. Let's take a look.

Before mentioning some of the highlights from the most recent quarter, it's probably best to cover the bad news first.

In the company's earnings presentation, management announced one of its three main publishing studios -- Blizzard Entertainment -- will be delaying the launch of the newest installments for two hit franchises, which were previously expected to come out in 2022. Though the exact numbers are unclear, the two delayed titles -- Diablo IV and Overwatch 2 -- would likely have delivered meaningful contributions to Blizzard's financial results. While these delays are certainly disappointing for both gamers and shareholders, it's the reasoning behind the delays that might be a larger cause for concern. 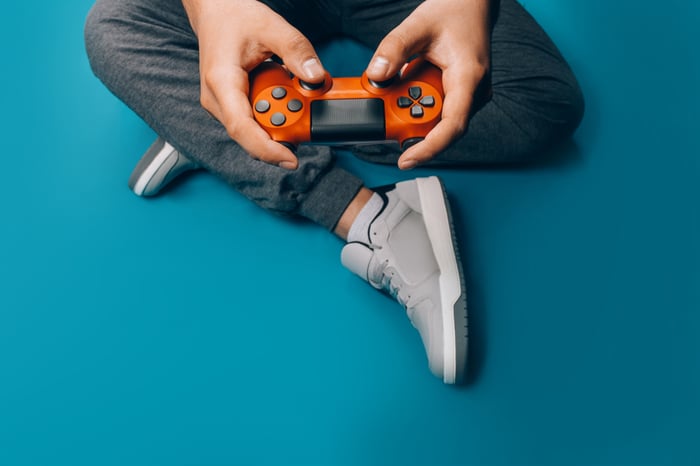 As many investors and gamers may know, Blizzard Entertainment has been the center of attention lately for all the wrong reasons. In July, California's Department of Fair Employment and Housing filed a lawsuit against Activision Blizzard for issues focused on gender discrimination. The Securities and Exchange Commission (SEC) then followed this up by announcing an investigation of its own into the issue.

At the time this news was dropping, it was hard to predict how it would ultimately impact the business, but this quarter, investors got a glimpse. When providing justification for the delays on the company's conference call, CEO Bobby Kotick cited some personnel-related reasons at Blizzard, including "new leadership" and "voluntary turnover."

While the company mentioned it's taking several steps to change its workplace environment and make all employees feel safe and included, it's clear the controversy has already left a stain on its reputation. Producing great games requires attracting and retaining great talent, and currently, Blizzard seems to be struggling with that.

Despite the concerns around Blizzard capturing the majority of the headlines, the company actually delivered impressive financial results across all of its studios this quarter. After guiding for net revenue of just under $2 billion and adjusted earnings per share (EPS) of $0.75, the company beat its prior outlook by 5% and 19%, respectively.

As a result of the strong quarter, Activision Blizzard increased its revenue and EPS guidance for the full year. For 2021, the company now expects to generate roughly $8.66 billion in revenue and $3.70 in adjusted EPS. Those estimates equate to a 7% and 15% increase, respectively, from last year.

One of the biggest bright spots this quarter came from Activision's mobile-focused studio, King Games. The maker of Candy Crush saw its revenue increase 22% year over year and delivered a remarkable 46% operating margin. Driven by stellar growth, particularly in its advertising business, King accounted for 41% of Activision Blizzard's total operating income.

Management at the company even mentioned it's trying to leverage King's data-driven approach to marketing and to apply it across the company's other titles.

Another notable bright spot for Activision came from its most widely known franchise, Call of Duty (COD). Despite not having released a new COD title in almost a year, it's still seeing strong engagement across its various modes of gameplay, particularly COD: Mobile. Management stated during the second quarter that COD: Mobile was on track to generate more than $1 billion in consumer spending for the year, and this quarter seems to have shown sustained strength. Though management didn't provide any specific dollar figures, it did state that monthly active users were up year over year, and bookings had increased 40%.

This sustained engagement across the entire franchise should bode well for the launch of the new COD title, Call of Duty: Vanguard, which made its debut on Nov. 5. Additionally, Activision is launching a new map for its free-to-play mode -- Warzone -- in early December which should help support user growth. Company president Rob Kostich even highlighted his overall enthusiasm for the COD franchise on the latest conference call, saying, "[W]e feel there's more opportunity in front of the franchise than at any point in our history."

While investors may come away from this most recent quarter with mixed feelings, it's hard not to be somewhat excited about the company's valuation. Activision Blizzard's enterprise value (market cap minus net cash) currently stands at $46.2 billion, yet the company has generated more than $2.8 billion in free cash flow over the last 12 months. That puts Activision at an enterprise value-to-free cash flow ratio of just 16.5 times.

For a business with durable franchises and a long track record of revenue and profit growth, that seems like a good price to pay.