Investors weighed not one, not two, but three analyst price-target cuts following earnings.

The stock of Lemonade (LMND 1.88%) was shaken hard by the market on Wednesday. One day after the insurance tech specialist reported its latest quarterly results, several analysts cut their price targets on the stock; as a result, investors were hot and cold during the day, alternately trading the shares higher, then lower. 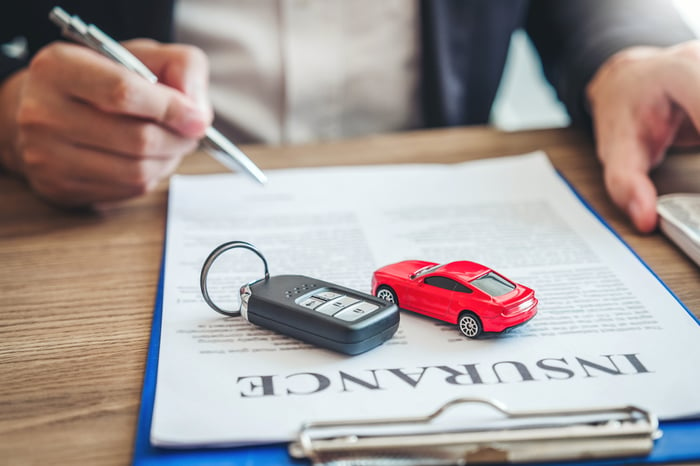 Meanwhile, fellow analysts Ross Sandler from Barclays and Oppenheimer's Jason Helfstein made more-modest cuts. Sandler reduced his target to $62 per share from $68, and Helfstein went to $85 from $95. Like Josey, both prognosticators are maintaining their recommendations: equalweight (hold) in Sandler's case, and outperform for Helfstein.

Lemonade's third quarter, the results of which were published on Tuesday, certainly provided some cause for concern.

Premiums and revenue were up sharply (particularly the latter, which more than doubled on a year-over-year basis). However, the company again landed deep in the red on the bottom line with a more than $66 million shortfall. Its gross loss ratio climbed, and its just-announced $500 million deal for auto insurer Metromile will strain its the finances.

Lemonade clearly has some strong bulls in the pen, considering that its stock actually rose at certain points in the day despite the analyst price cuts. The company is clearly striking a chord with customers who appreciate its next-generation insurance offerings, although it remains to be seen how successfully it can integrate auto coverage into its existing business.