Higher claims hurt this company this year, but its adaptability is why it can continue to see success.

When lockdowns were initiated in March of 2020 in response to the coronavirus pandemic, many businesses took a hit, but one industry thrived -- auto insurers. With fewer drivers on the road, accidents went down and claims were low.

Progressive (PGR 0.99%) was one company that benefited and saw impressive profitability as a result. However, 2021 hasn't been as kind to the insurer. Extreme weather events earlier this year, like the Texas freeze, put pressure on property insurers in that region, including Progressive.

Not only that, but Hurricane Ida made things worse in the third quarter, and rising repair costs pushed claims costs even higher. As a result, Progressive's stock has taken a hit. However, given its history of profitability and ability to adapt premiums, I like this value stock to bounce back from here. 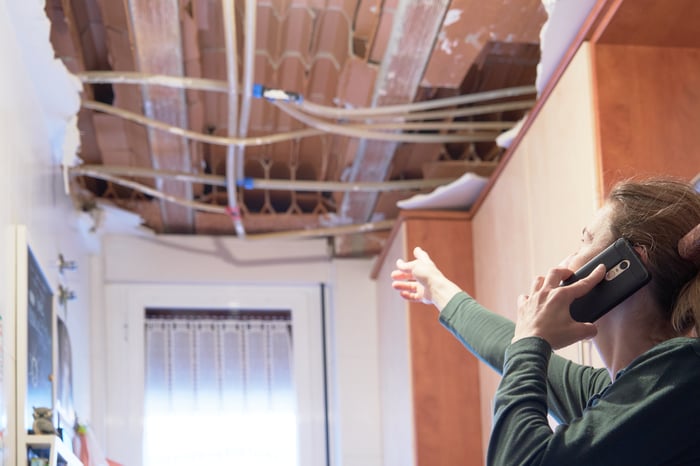 Progressive currently trades at a price-to-earnings (P/E) of 13.7, which is high compared to last year around this time when its P/E ratio was 8. The stock price is basically flat year over year, so that doesn't explain the change. The reason this ratio has risen is because Progressive's bottom line has taken a hit. In the past 12 months, Progressive's diluted earnings per share (EPS) is $6.89, down from 2020's stellar $9.66 EPS.

The insurer has faced some troubles this year from rising claims costs. The company was hit with thunderstorms, hailstorms, and tornadoes in Texas, Oklahoma, and Alabama, resulting in higher claims in the second quarter. The insurer has seen added pressure during the third quarter. Its combined ratio -- a key measure of profitability in the insurance industry where a combined ratio of 100% or lower means an insurer is underwriting profitable policies -- came in at 100.4%.

Losses from Hurricane Ida affecting the Gulf Coast and the northeastern U.S. accounted for 70% of its catastrophe losses in the period. Its property line of coverage took a big hit and ending with a combined ratio of 142.3%.

It also saw higher losses on its personal line of auto coverage with its combined ratio of 100.2% in the quarter. Year-over-year comparisons can make earnings look pretty volatile. This is because driving has picked up in 2021, resulting in increased accidents from last year. Personal auto claim costs also reflect higher costs of repairs, medical-related expenses, and used car values as inflationary pressures persist.

Progressive's management will evaluate driving patterns, weather events, and other aspects to adjust its premiums in response to higher claims. The insurer filed for increases to personal auto rates earlier in the year. In the third quarter, higher rates became effective in 20 states, with the average increase up 6%.

In response to higher property losses, Tricia Griffith, CEO of Progressive, told analysts that the company would shift where it underwrites property insurance policies. She said that nonvolatile states -- those states with fewer catastrophes -- make up about 50% of its property policies. She went on to say that the company would look to shift this to 60% to 70% of policies, moving away from the more volatile coastal states in the process.

Progressive has been stellar at underwriting profitable insurance policies for decades now. It has expertly managed its combined ratio and hasn't seen a combined ratio above 96% since 2000. This year, despite increased claims in the second and third quarters, Progressive's combined ratio through nine months is still a stellar 95.6%.

Progressive has a track record of success in underwriting insurance policies and generating stellar profit margins. The insurer's advantage is that it can modify premiums charged and adjust to any pressures on its profitability, whether that's from increased weather events or higher costs due to inflationary pressures. The company has shown an excellent ability to adapt to the environment, and this time should be no different for the value stock.

A Recession Is Coming: These 3 Companies Can Weather an Economic Slowdown
420%