The mobile esports platform is showing how it will be a profit powerhouse in the future.

You wouldn't know by looking at the market's reaction to Skillz's (SKLZ 2.22%) third-quarter earnings report that it was actually quite positive and shows the mobile esports platform is on track to achieve the goals it staked out for itself.

While Wall Street still has high hopes for Skillz, the market seems to have doubts. With shares down 75% from their highs, it seems like an opportunity to buy this high-growth stock on the cheap. 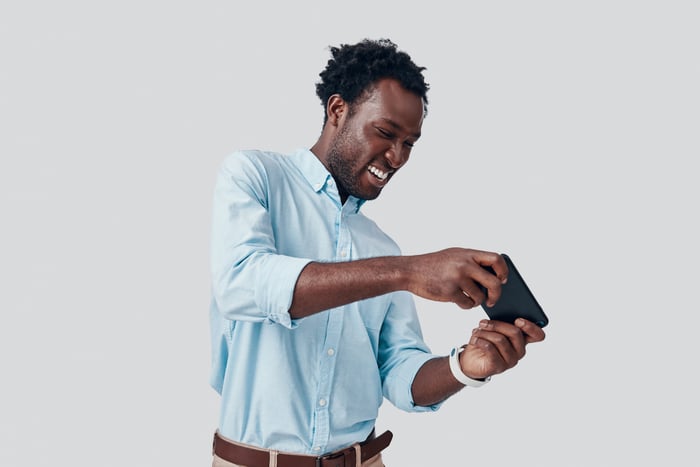 Lowering the cost of customer acquisition

Opportunistic investors might want to look at Skillz's ability to reduce its cost per install (CPI) -- basically, its member acquisition costs -- before enjoying any of the benefit from its acquisition of Aarki, a global demand-side advertising platform that reaches 465 million people.

By allowing Skillz to expand the universe of players it can reach, it expects to leverage the platform to reduce those costs more over time. That's important because the lifetime value it realizes from each user already exceeds acquisition costs by 3.8 times, which means it will derive even greater profit per player when Aarki fully comes on board in 18 to 24 months.

By having invested in various marketing and media-buying tools over the past few quarters, Skillz was able to take what it learned from them to lower its CPI in the third quarter. It plans to apply those lessons more aggressively going forward, and again, that's before the synergies expected from the Aarki acquisition come into play.

Skillz enables users to wager real money on competitive games played during tournaments. It doesn't have the burden of figuring out which video games will be most popular with gamers, or developing one hit after another; it simply provides the platform on which players play by offering games from various developers.

While it needs to understand the market to know which genres players are interested in, Skillz has proved adept so far at navigating that. It recently launched Big Buck Hunter: Marksman from Play Mechanix on the platform, a popular arcade game that got its first digital appearance through Skillz and quickly became the top game in the sports category.

Similarly, it should gain significant traction from Etermax's Trivia Crack, which Skillz notes is the world's most popular trivia franchise, with about 40 million monthly active users. 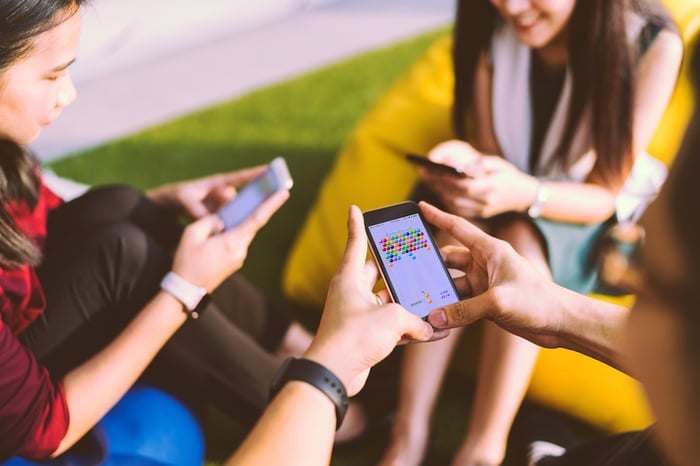 While the popularity of such games does cannibalize play from other top-performing games, Skillz doesn't look at it like that, preferring to see them as accretive to the business because it continually brings in new players.

Monthly active users (MAUs) rose 11% year over year to 3 million as a result of the new games available, and they were up 25% sequentially.

More importantly, paying MAUs grew 47% from last year to hit a new record of 510,000, with the revenue per paying user rising to $66.82, a 15% increase. Further expanding this base is where the esports gaming platform plans to focus the greatest attention moving forward.

A profitable future in store

Wall Street is looking for Skillz to generate $1 billion in revenue by 2025, when it's also anticipated it will turn profitable. In the meantime, the mobile esports platform will be burnishing its reputation as the go-to place for premium gameplay.

With the stock trading below $11.50, the $23-per-share consensus price target analysts have set for the next year represents 107% upside. It seems like Skillz ought to have a good chance of achieving that.