What should you take away from The Trade Desk's third quarter?

The Trade Desk (TTD 8.98%) has been the company on everyone's mind after its earnings report on Nov. 8. In that report, the company posted strong revenue and earnings growth that beat estimates, and it reported immense strength in its newest solution known as Unified ID 2.0, or UID 2.0. This system is a solution to the issue of tracking cookies being phased out of popular web browsers.

Shares of The Trade Desk were flat from the start of the year until Nov. 1 and at one point even fell 40% because of concerns about UID 2.0's success. However, this quarter showed broad adoption and integration of UID 2.0 in the industry. In return, shares justifiably jumped nearly 30%. Here's just how good The Trade Desk's third quarter really was, and what you can take away from it. 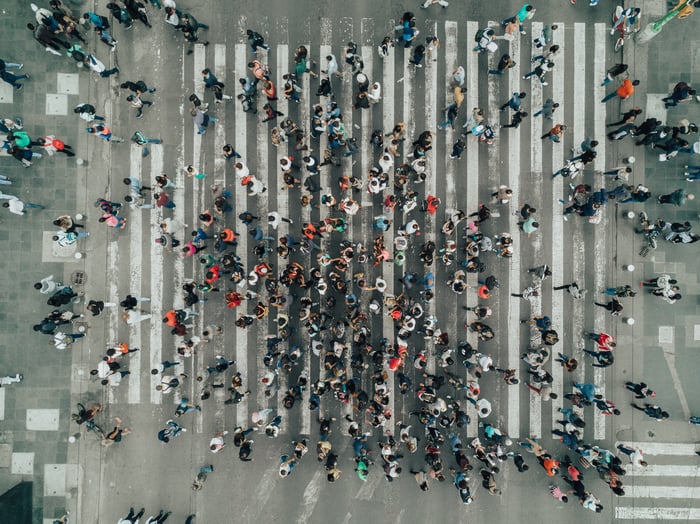 What is adtech anyway?

The online advertising technology industry (adtech) is not the most popular industry for investors, but it plays a critical role in our lives. The adtech industry consists of two sides: The buy-side and the sell-side.

The buy-side consists of advertisers looking to buy ad space, while the sell-side is made up of publishers looking to sell ad space. These buyers might have a target audience in mind, but they might not know the right platform to advertise on to effectively reach that audience. This is where the Trade Desk comes in.

The Trade Desk operates on the buy-side of the industry, bringing software to ad space buyers to help them find the best place to advertise. The company finds the right space for advertisers on numerous channels, including connected TV (CTV), social media, and video. The company has become the market leader, flying past plenty of competition according to Gartner's Magic Quadrant.

What is unique about The Trade Desk is UID 2.0. This technology could potentially be a long-term replacement for third-party browser cookies, a user-tracking tool that companies like Apple (AAPL 3.71%) and Alphabet's (GOOG 7.27%) (GOOGL 7.28%) Google are getting rid of. UID 2.0 converts sensitive data such as email addresses into anonymized ID strings to collect actionable market data while also protecting the privacy of individuals -- a combination that cookies don't deliver.

The valuable data about the person that allows advertisers to provide targeted advertising is still available, but in an anonymized format. With this solution, valuable information for advertising is kept while privacy and security are maintained.

The Trade Desk's place in it

UID 2.0 is non-proprietary, meaning that sell-side platforms like Magnite (MGNI 8.24%) can also use it instead of relying on cookies. This allows every company to use The Trade Desk's technology if they want, freeing adtech companies from the control of cookies and thus Apple and Google.

The alternative tracking system's success and adoption were questioned in 2021, which was why the company's stock had performed poorly up until the third-quarter report. However, UID 2.0 has proven to be quite effective, and sometimes even more effective than cookies. The Trade Desk highlighted cookware maker Made In, which saw a 20% improvement in cost per action for its campaigns and 33% faster user conversion than cookies had when using UID 2.0. Users also converted 22% more when compared to cookies.

The company's main target channel in the future is CTV. The Trade Desk believes that the cost of no ads is often too much for consumers when it comes to streaming services, so streaming ads have become a popular form of advertising that will continue to grow as consumers cut the cord and switch to streaming.

The company already has a reach of 120 million CTV devices, and the cost per mille (CPM) -- meaning the cost per 1,000 impressions -- is more than double for CTV ad-buying compared to traditional TV buying. This is because CTV advertising is so much more valuable to advertisers, indicating that CTV advertisement will become the standard advertising channel in the future.

Total ad spend in the world reached $725 billion in 2019, and this isn't expected to slow down anytime soon as advertising becomes more accurate, valuable, and plentiful as online advertising grows. The Trade Desk is the market leader on the buy-side, and holding this position puts it in an optimal role to attract consumers and volume as ad spend increases.

With its new solution, the company has paved a new way for advertisers to effectively get in front of their target market while maintaining solid consumer privacy. This solution is something that is much needed and will likely catch fire over the next 10 years. Being the pioneer of this new solution, The Trade Desk has plenty of room to distance itself from the competition.