Several analysts have cut their price targets on the occasionally high-flying space stock.

Virgin Galactic (SPCE 0.37%) shares fell earthward on Thursday, dropping by nearly 5% across the trading day. This was on the back of a string of analyst downgrades of the space-tourism company's stock following Q3 results that were unveiled at the beginning of the week.

Several analysts were quick to modify their views on Virgin Galactic stock after those results were published. The most significant change came from Cowen's Oliver Chen, who sliced his price target by $5 to $25 per share. 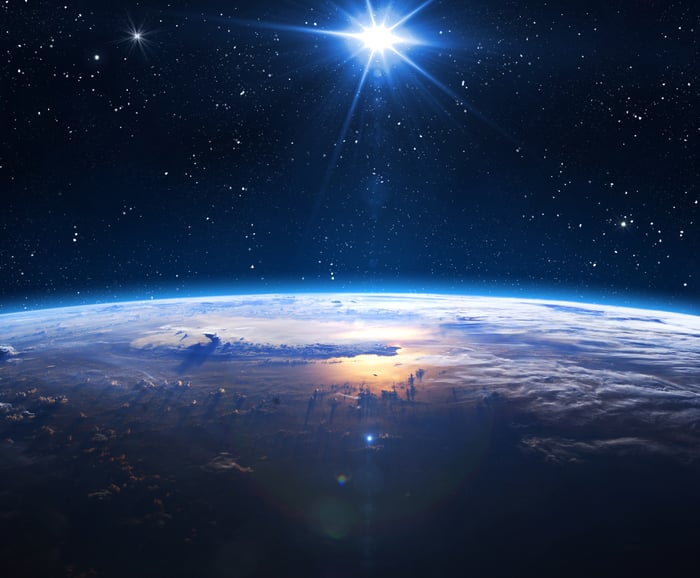 He's keeping his outperform (read:buy) rating, however, writing in a note that the company "is unparalleled in terms of its brand equity in the commercial space industry, and we expect continued robust consumer demand."

Virgin Galactic bulls were heartened by CEO Michael Colglazier's comments regarding the Q3 results, in which he said that the company was "selling seats ahead of the pace we had planned."

Still, that's not preventing Chen and other prognosticators from trimming their price targets. Another cutter was Morgan Stanley's Kristine Liwag, who shaved $1 from her level. She now believes Virgin Galactic is worth $16 per share and is maintaining her underweight (sell) recommendation.

Finally, there was Bernstein analyst Douglas Harned, who lowered his price target to $22 from the previous $25. Like his colleagues, Harned is keeping his recommendation -- in this case, market perform (hold).

None of these tweaks are driving investors away in packs from Virgin Galactic stock. With $2.6 million in revenue in said quarter, the company is moving from the more-of-a-theoretical-business stage, and the significant demand it's seeing is quite encouraging. Still, we should bear in mind that it remains a highly speculative investment, as enticing as its prospects might be.