Bitcoin has been soaring to new heights. Is it time to invest?

Bitcoin (BTC 0.16%) is setting records again, as it recently peaked at more than $68,000 per token -- up from roughly $44,000 per token in early October. If you've been on the fence about buying Bitcoin, its recent surge may make it a tempting investment. Its price could potentially be headed toward a new record of $75,000 (or more), and if it continues soaring, investing now could be a smart move.

However, nobody can predict how Bitcoin will perform in the future, and there are plenty of risks involved in buying cryptocurrency. As Bitcoin continues to break records, is now the time to invest? 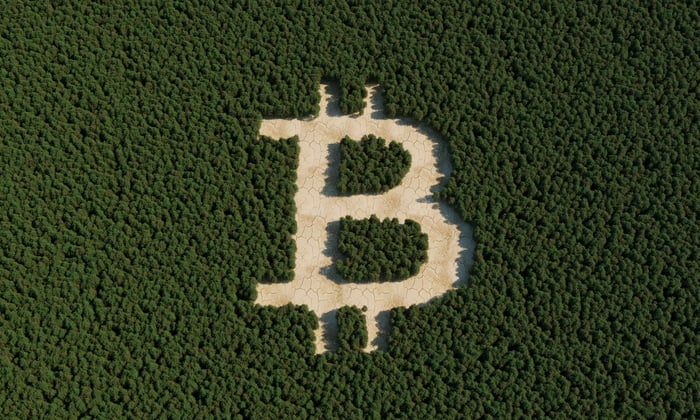 Is Bitcoin a good investment?

Like all investments, Bitcoin has its advantages and disadvantages. As one of the oldest cryptocurrencies in existence, Bitcoin has the most name recognition and the first-mover advantage in the industry. It's also the most popular cryptocurrency, with a market cap of around $1.2 trillion -- making up nearly half of the $2.8 trillion crypto market, as a whole.

In addition, Bitcoin is the most widely accepted cryptocurrency among merchants. While the majority of sellers don't currently accept cryptocurrency as a form of payment, those that do are more likely to accept Bitcoin than its lesser-known competitors. Widespread adoption will be key to any cryptocurrency's success, and Bitcoin is leading the way in this regard.

That said, it has its disadvantages, as well -- primarily when it comes to its environmental impact.

Bitcoin uses a proof of work (PoW) mining protocol. This means that in order to verify transactions, Bitcoin miners use high-powered computers to solve complex puzzles. As time goes on, these puzzles will become increasingly difficult and require even more energy. Many critics have voiced their concerns over Bitcoin's energy consumption, and the cryptocurrency may need to find a way to reduce its energy usage to stay competitive over time.

Also, although Bitcoin is currently the most popular cryptocurrency, it faces some stiff competition. New cryptocurrencies are being developed by the day, and major competitors such as Ethereum have been steadily gaining traction in the crypto market.

Should you invest in Bitcoin right now?

Despite its downsides, Bitcoin can be a worthwhile investment. However, it's important to consider whether it's right for your portfolio.

All cryptocurrencies are risky, and Bitcoin is no exception. It has experienced extreme volatility in the past, at times losing more than 80% of its value. 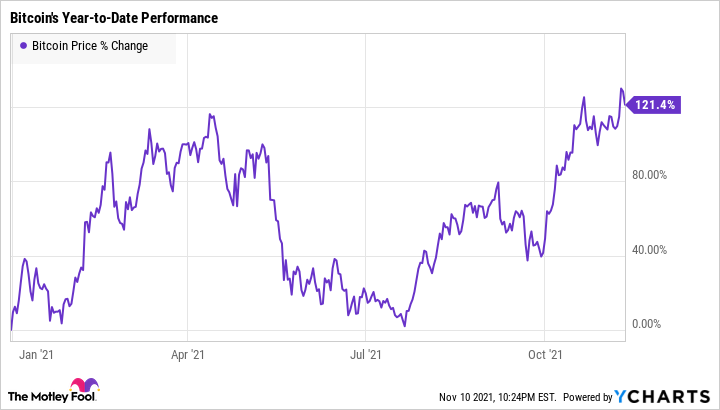 While its price may be on the upswing right now, there's no telling whether another downturn is around the corner. If you choose to invest, be sure you're keeping a long-term outlook and are willing to hold your investments despite the ups and downs.

Keep in mind, too, that making millions of dollars with Bitcoin is an unrealistic goal. While some people have made a lot of money by investing in cryptocurrency, those stories are the exception rather than the norm.

If Bitcoin performs well over the long run, you could make a considerable amount of money. But if you're going into this investment expecting to get rich overnight, you could be setting yourself up for disappointment.

Bitcoin has been on a wild ride this year, and its supporters believe it could be headed even higher. While it may be a smart investment for some people, it's not right for everyone. By doing your research and making this decision carefully, you can determine whether Bitcoin belongs in your portfolio.