The company crushed Wall Street's estimates on Monday, and many analysts praised the performance the next day.

Shares of The Trade Desk (TTD 2.13%) have gained 33.6% so far this week, according to data from S&P Global Market Intelligence. The manager of digital ad-buying platforms posted analyst-stumping third-quarter results on Monday, followed by an avalanche of bullish analyst reactions.

The Trade Desk's top-line revenues rose 39% year over year to $301 million, while your average analyst would have settled for sales near $284 million. Adjusted earnings increased by 38% to $0.18 per diluted share, also leaving the consensus Street estimate behind at $0.15 per share.

Management highlighted strong ad-buyer demand for data-driven marketing campaigns. The recently launched Solimar service taps into the market's thirst for data-based solutions by consolidating The Trade Desk's older ad-targeting and performance-measurement tools into a single interface. This way, clients have easy access to ad-efficiency data right next to their tools for launching new marketing ideas.

The company sells Solimar itself to clients as the preferred ad-buying tool for the open internet in this period of dramatic industry changes. For example, advertisers are working out how to replace their obsolete third-party user-tracking browser cookies with other technologies such as The Trade Desk's Unified ID 2.0. At the same time, the global ad market is shifting away from traditional browser-based ads and into more immersive formats such as video streams, in-game experiences for video gamers, and ad-enabled mobile apps of every variety. 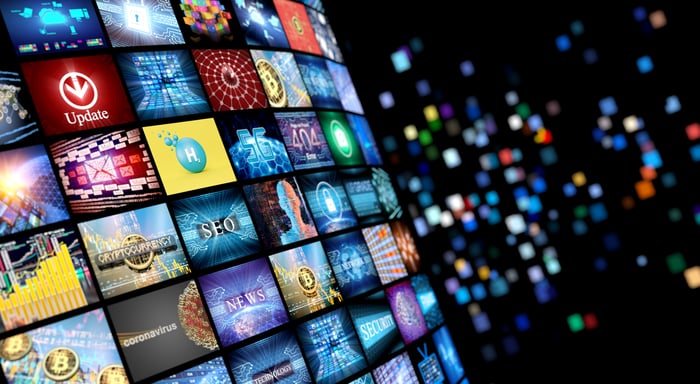 In particular, The Trade Desk is leaning into the connected TV (CTV) market just a little bit extra because that's where consumers are headed. Solimar can help out in all of these use cases and more.

On the earnings call, CEO Jeff Green reiterated his view that the global advertising market is moving online in a hurry and should be worth $1 trillion per year very shortly. He also noted that recent privacy-setting changes to the Apple iOS platform have had no material effect on his company's operations as both ad buyers and ad publishers embrace the Unified ID 2.0 alternative. Upcoming changes to the Google Chrome and Android platforms under Alphabet's control won't hurt, either.

"I want to remind everyone that we have been, we are, and we expect to continue to do very well regardless of Google's policy choices," Green said.

Analysts were quick to adopt Green's rosy market view. At least eight different analyst firms raised their Trade Desk price targets on Tuesday, citing the company's proven leadership role in the thriving ad sector and a business model that can stand up to difficult complications.

I agree with that consensus view. The Trade Desk is an amazingly flexible company in the face of serious changes to the business environment. This company takes charge to lead the industry in a new direction, while weaker competitors often shrink from the challenge and suffer the financial consequences.

That's why The Trade Desk is posting strong growth, even in this period of economic uncertainty and rapidly changing advertising markets. The company just proved, once again, why it's a robust investment for the long haul.