The answer is as much a result of discipline as it is basic math.

Maxing out your 401(k) is one of the best things to do to ensure a growing net worth, and ultimately, a secure retirement. There are many reasons for this: Tax-deferred growth, employer-matching contributions, and access to basic investments are a few. But how long does it take to reach an account balance of $1 million? The answer will be different for everyone, but we can break apart the numbers to find out some basic truths.

Here, we'll look at how long it takes to become a millionaire by simply contributing to (and investing in) your 401(k).

Some basic facts about 401(k)s

It's good to revisit the basics about 401(k)s before we get into the hard numbers. First, recall that 401(k)s are tax-deferred investment vehicles; in other words, you get a tax deduction in the current year for any amounts contributed to your 401(k) plan, and won't have to pay any tax on earnings or growth until you withdraw the money in retirement.

Next, the cap on employee contributions to 401(k) plans in 2021 is $19,500 (increased to $26,000 for those over 50). Many employers offer a matching contribution that can range from 2% to 6% of total compensation, which, over time, adds up to a meaningful amount if invested properly.

Finally, due to the magic of compound growth, your 401(k) plan is an extremely valuable tool when it comes to growing your net worth. While you won't be able to access the money without penalty until you're in your 50s, you'll be able to grow your overall net worth at a faster-than-average pace by making the most of your 401(k) plan. 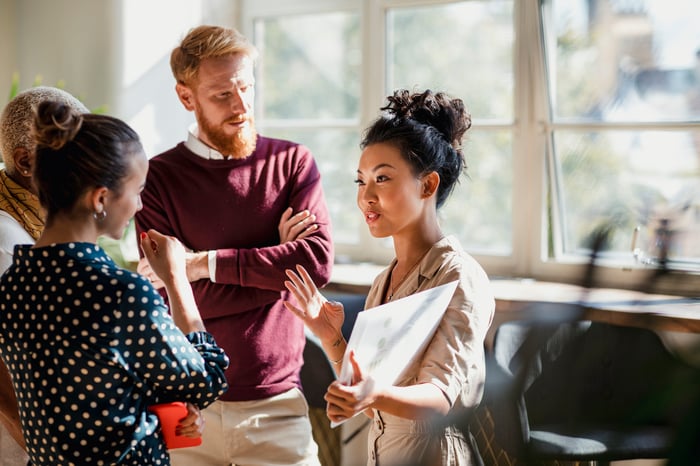 A couple of notes on the assumptions used:

Scenario A, of the choices presented, is the fastest route to becoming a 401(k) millionaire. The individual contributes the maximum every single year, earns the full employer match, and reaches the seven-figure club in a little over 19 years.

In Scenario B, another entirely reasonable person decides not to contribute the full amount to their 401(k) plan, but still contributes $10,000 and earns the full employer match. With an 8% average return, this individual reaches $1 million in just under 25 years.

Finally, Scenario C depicts somebody who fell into a less-than-ideal market environment and only earned 6% on their investments. It would take this person nearly 22 years to become a 401(k) millionaire.

Of the variables you have control over, the most important one is to ensure that you're coming as close to the maximum as possible when it comes to contributing to your employer's 401(k) plan. You should also ensure you're getting the full employer match. As far as market returns go, you have no control, but you can make the most out of your long-term investments by picking an asset allocation that suits you and by sticking with it.

So how long does it really take?

The short answer as to how long it takes for someone to become a millionaire after annually maxing out their 401(k) is around 20 years. It may take less time if the market performs unusually well over the period, or it may be longer if the individual doesn't contribute to their plan consistently.

But the main takeaway is that becoming a millionaire via your 401(k) plan is absolutely possible with the right discipline as well as the right job luck. Take the time to read through your employer's plan document and equip yourself with some basic investing knowledge -- you'll be a millionaire in a few short decades.