Our panel of Motley Fool contributors discusses which stocks they like after Q3 earnings season.

Earnings results provide investors a look under the hood of a company's financials over a three-month period. They serve not only as an important update for investors about how the company has performed over the previous three months but also enable investors to get a pulse on how the business is trending and how management is thinking about the future. With the third-quarter earnings season winding down, we have put together a panel of Motley Fool contributors to discuss three stocks that they see having monster potential following their Q3 earnings reports: Paypal Holdings (PYPL 0.25%), PubMatic (PUBM -1.36%), and Green Brick Partners (GRBK 0.03%). Here is why these stocks could be big winners.

PayPal gets an upgrade in e-commerce payment partners

Nicholas Rossolillo (PayPal Holdings): Investors reacted negatively to PayPal's Q3 earnings update. Revenue grew only 13% year over year to $6.18 billion, a far slower pace than what shareholders have grown accustomed to in the recent past. A few factors contributed to this.

First, PayPal management said travel and back-to-school spending were lower than anticipated during the summer and early autumn months. Second, eBay (EBAY -0.87%) is weighing on results as the online marketplace transitions customers over to its own digital payments solution. Though eBay now represents less than 4% of PayPal's total revenue, PayPal's payment volume specifically derived from eBay fell 45% from a year ago. And third, PayPal is lapping a boom in e-commerce spending last year, which was further boosted by pandemic stimulus checks. With stimulus-boosted consumer spending on the wane, PayPal's growth trajectory is moderating. 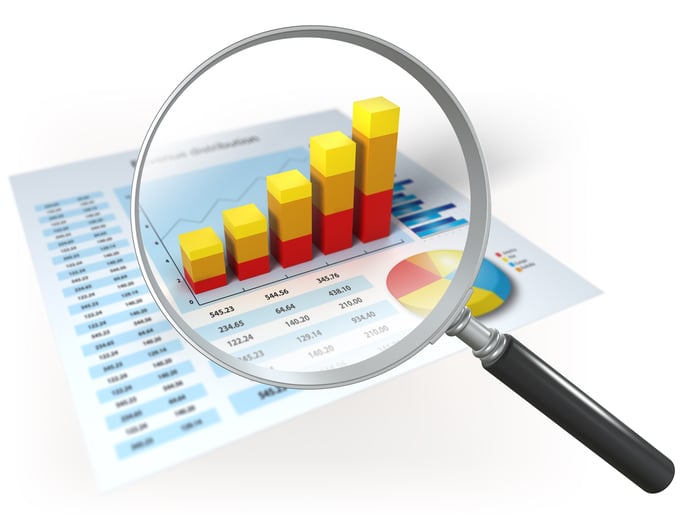 Nevertheless, this is still clearly a long-term growth story. The biggest news from the Q3 update was that PayPal is getting a big upgrade over the lost eBay business. Starting next year, PayPal's Venmo will become a payment option on Amazon (AMZN -4.41%). Additionally, Walmart (WMT -1.06%) also now accepts PayPal, and QR codes for digital payments are rolling out at gas stations Phillips 66 (PSX 0.78%) and Valero (VLO 0.40%). This is still early days for PayPal as it begins to make the jump from an e-commerce payments provider to one more widely accepted in person as well.

For full-year 2021, management now expects revenue to be up about 18% year over year (28% excluding eBay), and preliminary guidance for 2022 is calling for roughly 18% growth over this year. The company is going through some growing pains as it laps its stellar performance during the early days of the pandemic. However, after tanking more than 20% following the Q3 update, PayPal stock looks like a long-term bargain to me at just over 9 times expected 2021 revenue-to-enterprise value and 45 times expected adjusted earnings per share. I remain a buyer of this top digital-payments business.

The digital ads revolution is just getting started

Keith Noonan (PubMatic): The evolution of digital advertising has already helped shape the modern internet. Tech and media giants including Alphabet and Meta Platforms (formerly known as Facebook) have built sprawling business empires on foundations laid by their ability to deliver efficient, targeted digital ads. Advertising dollars are still moving away from traditional mediums, including cable and print media, while streaming television and other rising distribution channels are opening the door for new winners in the ads space.

PubMatic is a programmatic ads specialist that helps publishers and advertisers get the most out of their ad campaign dollars with its AI-powered platform. The digital advertising specialist grew sales 54% year over year in Q3 to reach roughly $58.1 million, and earnings per share surged from $0.10 in the prior-year period to $0.24 in this year's quarter. The average analyst estimate had called for per-share earnings of $0.07 on sales of $52.4 million.

The company posted a net-dollar-based retention rate of 154% in the quarter, meaning that existing customers boosted their spending on the platform 54% compared to the prior-year period. PubMatic also issued sales and earnings before interest, taxes, depreciation, and amortization (EBITDA) guidance for next year that came in well above the market's expectations. It was a blockbuster quarter on all fronts, and the company's growth engine appears very much intact despite some headwinds created by changes that Alphabet and Apple are making to data tracking on their respective mobile platforms.

Shares jumped following the great Q3 performance and strong guidance, but I don't think it's too late to score wins with the stock. With a market capitalization of roughly $2 billion and shares trading at approximately 47 times this year's expected earnings and eight times expected sales, PubMatic still looks attractively valued for a company that's growing at a rapid clip and has a long runway for expansion.

A homebuilder with lots of revenue potential

But if you look a little deeper, you can see that the company has all sorts of potential. Green Brick buys land and develops homes in and around cities and states with high population growth, such as Atlanta, Dallas-Fort Worth, Texas, Florida, and Colorado. Green Brick is not your typical development company, however, because it owns most of the land it develops. Over the past year, the company has been buying a ton of land, doubling the total amount of lots it owns, which now stand at more than 24,300.

The company has a backlog of orders that represented more than $1 billion at the end of Q3. The backlog refers to homes that Green Brick has a sale contract for but has not yet delivered. Some of these orders can be canceled, but it's a good indicator of future revenue. The company has been dealing with supply chain issues related to materials, whether its cabinet and window issues in Atlanta or brick shortages in Dallas. Hopefully, these supply chain issues will begin to ease over the next year. Management expects about 90% of homes currently under construction to close over the next nine months from September.

The company is producing a gross margin of nearly 27% yet trades at roughly 8.6 times earnings and just over one times revenue. The other interesting thing about Green Brick is that esteemed hedge fund manager David Einhorn owns more than 34% of outstanding shares. The smart money seems to know something here.