Shares of the tech and gaming giant have returned 133% so far this year, so investors have high expectations for the fiscal third-quarter report.

Nvidia (NVDA 2.06%) is slated to report its third-quarter results for fiscal 2022 (essentially the August-through-October period) after the market close on Wednesday, Nov. 17.

Investors in the graphics chip specialist are probably feeling optimistic about the report. The company has beaten Wall Street's consensus earnings estimate in at least the past five consecutive quarters. Moreover, many investors are enthused about the company's potential to be one of the major players in the emerging metaverse, a "highly immersive virtual world where people gather to socialize, play, and work," in the words of Merriam-Webster. Indeed, Nvidia has described its recently launched Omniverse as "the 'plumbing' on which metaverses can be built." 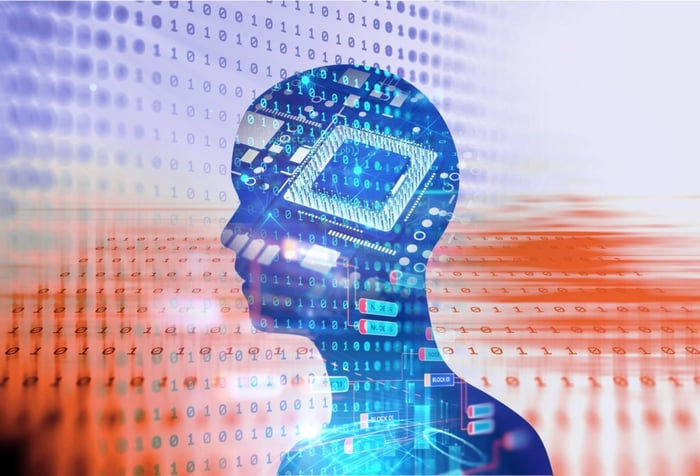 Here are benchmarks to use to gauge the relative strength of the tech company's results.

Data sources: Nvidia and Yahoo! Finance. Fiscal Q3 2022 essentially corresponds with the August-through-October period. *Adjusted to reflect 4-for-1 stock split in July, which increased share count by a factor of four. **Calculated by the author based on the metrics for which management provides guidance.

For context, in fiscal Q2, Nvidia's revenue jumped 68% year over year (and 15% sequentially) to a record $6.51 billion. Growth was driven by record revenue in the gaming, data center, and professional visualization platforms. EPS on the basis of generally accepted accounting principles (GAAP) soared 276% year over year to $0.94, and adjusted EPS surged 89% to $1.04.

Wall Street had been expecting fiscal Q2 revenue and adjusted EPS of $6.33 billion and $1.02, respectively, so Nvidia exceeded both estimates.

Investors should focus on the performance of the two largest platforms: computer gaming and data center. Nvidia's overall results are driven by these two businesses. In the first and second quarters of this fiscal year, these two platforms together accounted for 85% and 83%, respectively, of the company's total revenue.

In last quarter's CFO commentary, Colette Kress said "the gaming platform's growth was driven by continued strong sales of the GeForce RTX 30 Series, based on the company's Ampere GPU [graphics processing unit] architecture," as I wrote at the time. "She attributed the data center's year-over-year increase to the ramp-up of Ampere 'products into vertical industries and hyperscale customers.'" Likewise, professional visualization's growth was driven by the ramp-up of Ampere GPUs, especially for desktop workstations.

Investors shouldn't pay too much attention to Nvidia's results in the OEM and IP categories. Last quarter's huge year-over-year increase was driven by the company's introduction earlier in the year of a product specifically for mining cryptocurrencies, aptly called the cryptocurrency mining processor (CMP). Last quarter, sales of this product were $266 million, or 4.1% of Nvidia's total revenue.

Nvidia's launch of the CMP was more defensive than offensive. Crypto miners had been scooping up the company's gaming cards, making it more difficult for gamers to get their hands on them. While it's great that Nvidia is making money from the crypto market, it's best to view this money as just icing on the cake. The crypto space is extremely volatile, so investors shouldn't count on seeing Nvidia's CMP sales grow rather linearly quarter after quarter.

Investors can expect management to provide an update on the company's pending acquisition of leading mobile-chip designer Arm, owned by Japan's SoftBank. This $40 billion deal was announced in September 2020 and was originally expected to close by March 2022. But this timeline is looking shaky. Nvidia has run into some regulatory headwinds stemming from concerns about competition, as it competes with many of the big tech players that are Arm licensees.

It would be great if the deal goes through, but Nvidia doesn't need Arm for the company and its stock to continue to be long-term winners.

As always, the company's guidance, relative to Wall Street's expectations, should be a big factor in the market's reaction to Nvidia's upcoming report.

For fiscal Q4, analysts are modeling for adjusted EPS of $1.08 on revenue of $6.81 billion, representing year-over-year growth of 40% and 36%, respectively.