Emerging markets offer the promise-or at least, the fantasy-of capitalizing on burgeoning regional middle classes and their spending patterns. Yet, these are speculative bets, as anyone who bought DiDi (NYSE:DIDI) stock in hopes of catching the next Uber (NYSE:UBER) learned the hard way. Nonetheless, some folks will try to mine for gold in Southeast Asia, where Altimeter Growth (NASDAQ:AGC) SPAC merger target Grab conducts its business as a "super app" primarily focused on ride-hailing and grocery delivery. This might sound like a ground-floor opportunity, though while Grab might sidestep some of DiDi's problems, it takes Uber's fiscal weakness to a deeper level. 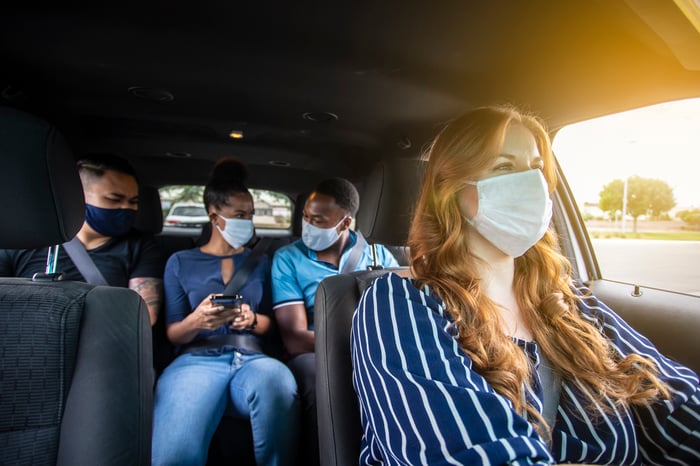 As Altimeter takes Grab public through a SPAC business combination (note that the ticker will someday change from AGC to GRAB), Altimeter founder and CEO Brad Gerstner proudly declared that Grab is "paving the digital path forward for the 670 million citizens of Southeast Asia."

Really, that's the selling point of Grab as an investable business venture. Grab expects its total addressable market to grow from roughly $52 billion in 2020 to over $180 billion by 2025, so prospective stakeholders would have to buy into that expectation.

Indeed, there are reasons to believe that Grab is better off in Southeast Asia than DiDi is in China. However, that's not saying much -- and like both DiDi and Uber, Grab is struggling to achieve profitability.

It could be worse

The lack of 10-K and 10-Q filings, or any meaningful company-issued financial updates, makes it challenging to assess DiDi's fiscal standing.

Still, it's reasonable to surmise that DiDi's not standing on solid financial ground in the wake of Beijing's draconian cybersecurity review and the takedown of DiDi's apps.

At least Grab doesn't have to deal with all of that. Moreover, Grab's Q3 2021 year-over-year results offer some enticing data points: revenue up 132%, gross merchandise value up 62%, total adjusted net sales up 92%, and delivery-business adjusted net sales up 68%. These results apparently reflect a smooth runway for revenue generation, in line with the narrative that Grab is thriving along with Southeast Asia's working class.

What could possibly go wrong, then? Well, you don't have to scratch far beneath the surface to figure out why ride-hailing and grocery-delivery businesses aren't known to be massively profitable ventures. Anyone thinking of buying AGC stock in hopes of catching the "next Uber" should check Uber's financials first.

You'd think Uber would be more profitable as vaccines have become widely available, right? Think again: In Q3 2021, the company's (unaudited) earnings loss more than doubled to $1.937 billion, compared to $890 million from the year-ago quarter.

Not to focus too deeply on Uber's spending habits, but the company spent serious cash across a number of areas, from property and equipment purchases to expenditures on "marketable securities."

In a similar vein, Grab's earnings trajectory is also headed in the wrong direction. Irrespective of the aforementioned Q3 2021 bragging points, Grab's $988 million earnings loss for the quarter is substantially worse than Q3 2020's $621 million loss.

Again, one would expect better bottom-line results as more vaccines have become available over the past year. Heck, Grab even observed that "vaccination rates improving and countries shifting to a new long-term strategy to treat COVID-19 as endemic" in its target regions.

No riding into the sunset

Given Grab's movement away from profitability, rather than toward it -- and the challenges in tracking the company's expenditures -- it's impossible to recommend an investment in AGC stock now. For international stock investors, Southeast Asia could certainly offer a promising region for growth and prosperity. But Grab doesn't appear to be the right vehicle for such an investment. If you're seeking transparency and bottom-line results, you'll likely have to grab your profits elsewhere.