Most major cryptocurrencies saw intense selling pressure Monday evening and into early Tuesday morning. Among the biggest losers over the past 24 hours were Algorand (CRYPTO:ALGO), Litecoin (CRYPTO:LTC) and Chainlink (CRYPTO:LINK). These tokens lost between 12% and 13% each, as of 9 a.m. EST Tuesday.

Investors may want to note, this wasn't any old token-specific decline. Algorand, Litecoin, and Chainlink were merely among today's biggest losers. The entire sector reportedly shed approximately $200 billion last night, to bring the total cryptocurrency market to a valuation of around $2.6 trillion as of this morning.

Among the catalysts many experts are pointing to as reasons for this crash is a continuation of a harsh crackdown on cryptocurrency mining in China. This weekend, a top Communist party leader was reportedly expelled from the party due to their support for the cryptocurrency mining sector. And on Tuesday, China's top economic advisory board suggested cryptocurrency miners may be forced to pay punitive energy prices, relative to the residential prices many companies currently enjoy.

Given the fact that this sector-wide crash took place during trading hours in Asia, it appears this is the key driver for price action in the crypto markets today.

Additionally, exchange-traded fund provider VanEck announced yesterday plans to pivot away from a spot Bitcoin ETF, choosing instead to launch its Bitcoin Strategy ETF Tuesday as a futures-based ETF. This strategic shift allows VanEck to join other successful recent Bitcoin ETF filings, suggesting U.S. regulatory oversight on this sector may pick up alongside China. 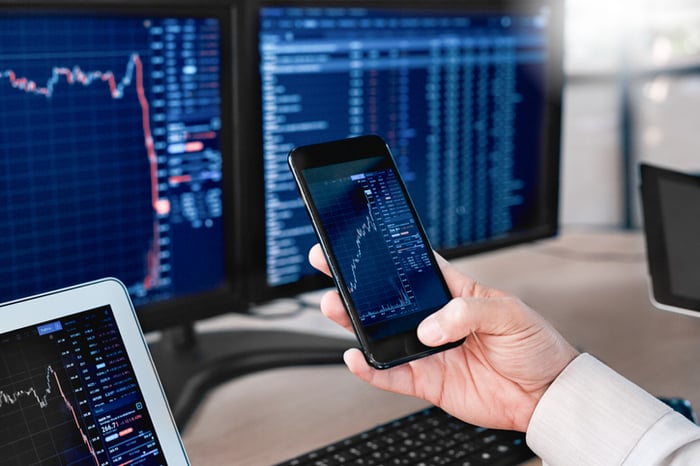 Today, it appears cryptocurrency investors are taking a rather bearish view of the current regulatory environment for miners. This bearish sentiment appears to be bleeding into the overall sector, reflected in the token prices of some of the most notable cryptocurrencies in the market.

Crypto mining remains integral to the success of various proof-of-work tokens such as Litecoin. Accordingly, investors appear to be taking a wait-and-see approach for such tokens right now.

However, proof-of-stake networks such as that of Algorand and Chainlink appear to also be feeling the regulatory heat today. Concerns that spot cryptocurrency ETFs may be put on the black list appear to be worrying cryptocurrency investors with respect to direct capital flows into cryptocurrencies themselves.

The cryptocurrency market has been volatile since inception. Investors who rode this volatility to recent all-time highs are seeing once again what momentum to the downside looks like.

Many bulls point to today's sell-off as a healthy breather. Whether that's the case, and this sell-off will be short-term in nature, remains to be seen. After all, even the most prominent cryptocurrencies such as Bitcoin have seen major losses of value over extended periods of time in the past.

Right now, cryptocurrency investors appear to be taking a cautious approach to this sector, which seems reasonable. For long-term crypto bulls, this correction could provide an intriguing entry point. Thus, the cryptocurrency sector is likely to be on watch as investors digest whether this will be yet another "buy the dip" situation, or more of a prolonged sell-off.