A disappointing third-quarter earnings report was the culprit.

In this bull market, any earnings report that doesn't deliver a significant earnings beat accompanied by a guidance raise is being viewed negatively by investors. On Monday, investors bid up shares of Riot Blockchain (RIOT 3.26%) in anticipation of an optimistic scenario. However, the third-quarter results it released after the market close left much to be desired. Accordingly, on Tuesday, Riot Blockchain stock dropped by as much as 16.5% in morning trading.

The cryptocurrency miner's shares have since recovered some ground, but as of 12:46 p.m. ET, they were still off by 9.7%.

Investors who have been bullish about this sector appear to be scratching their heads. After Bitcoin (BTC 1.71%)and Ethereum (ETH 1.94%) both hit all-time highs in recent weeks, folks would certainly have had reason to expect Riot to come through with a blowout report. 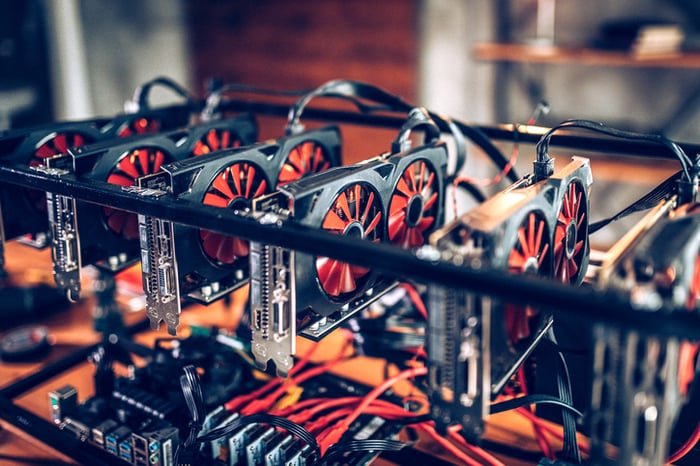 Riot has attributed this rather dismal performance, at least in part, to "a non-cash stock-based compensation expense of $36 million and a non-cash unrealized loss of $11.2 million on marketable equity securities." Such one-time events don't provide great window-dressing, and these numbers certainly don't look good on their face. However, some bulls may take a critical view of what was reported in a positive light, from a bottom-line perspective.

Moreover, those non-cash expenses don't explain the top-line miss. The crypto miner did say that an additional 11,500 S19J Pro Antminers are currently in transit to it, to be added to the 27,270 mining rigs it currently has deployed. Any sort of continued delays in getting those new machines operational could impact its revenues for this coming quarter -- something it appears is concerning investors right now.

Additionally, investors who are worried about Riot's revenue growth trajectory won't be happy with the hits Bitcoin and Ethereum took Tuesday. It's been a weak day for cryptocurrencies in general, and Riot has certainly not been immune to the sector-specific headwinds.

There's not a lot to like about the cryptocurrency miner's Q3 results.  Considering where cryptocurrency prices are right now, the fact that Riot missed by a substantial margin on both the top and bottom line is concerning.

That said, there are some one-time events to be accounted for, and some adjustments to be made for anticipated growth. The extent to which these adjustments have been fully factored in by the market remains to be seen. Accordingly, I expect Riot Blockchain's stock price to remain volatile for some time as investors digest its prospects.