Shares of Rackspace Technology (RXT 6.94%) racked up a peak gain of 23.4% just after the opening bell on Tuesday morning. The stock cooled down a bit as market makers pondered Monday evening's Street-stumping earnings report. By 12:45 p.m. EST, Rackspace traded 12.6% higher.

In the third quarter of 2021, Rackspace's sales rose 12% year over year to $763 million. The seller of multicloud technology services posted adjusted earnings of $0.25 per diluted share, a 32% increase from the year-ago period. Your average Wall Street analyst would have settled for earnings near $0.24 per share on revenue in the neighborhood of $756 million. 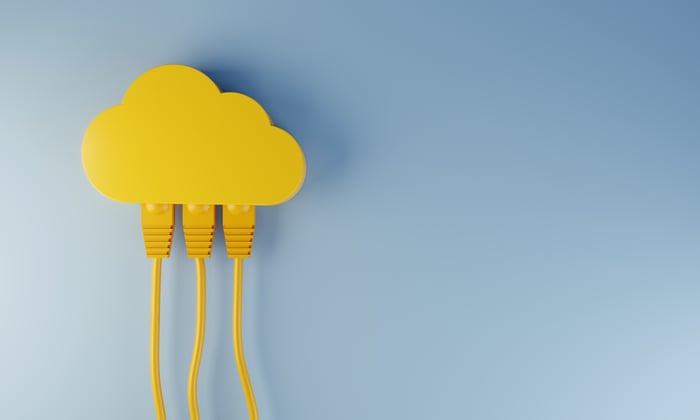 Rackspace's new order bookings came in at approximately $200 million, far below the year-ago period's $315 million. CFO Amar Maletira insisted that his company is on track to deliver $1 billion of order bookings in fiscal 2021 as a whole, because some very large deals are being signed in the fourth quarter. The sales strategy has shifted from a focus on new clients in 2020 to expanded customer relationships in 2021.

"This has tilted the sales equation toward contracts with relatively smaller gross bookings, but higher profitability," Maletira said.

Rackspace's reported numbers back up Maletira's claims so far. Investors should keep an eye out for that anticipated order-booking surge in three months. Reaching the stated full-year goal of $1 billion requires fourth-quarter bookings of roughly $300 million, slightly above the $293 million bookings in the fourth quarter of 2020.

Rackspace shares took a punishing haircut in the spring, and the effects of that dramatic correction still linger as the shares trade at a reasonable valuation of 14 times forward earnings today. Rackspace looks like a solid idea for investors in the cloud computing space, where the company's rivals and partners tend to command price-to-earnings ratios at least twice that size.