Investors appear to be betting on outside forces more than the company itself.

Nearly all the news offered by electric vehicle (EV) maker Workhorse Group (WKHS 7.33%) during its third-quarter (Q3) earnings report on Nov. 9 was downbeat, ranging from negative revenue to stopping sales of its main product.

Yet investors responded by boosting its share price nearly 6% in morning trading the following day, a surprisingly bullish response. There are several reasons why Wall Street might have reacted this way, but at this point, the stock looks like one to avoid nevertheless.

Q3 results: Looking the gift Workhorse in the mouth

Dominating Workhorse's Q3 report and outlook is the recall of the 41 C1000 electric delivery vans it had already delivered to customers, the "grounding" of the entire fleet, and suspension of the model's production.

The C1000 is Workhorse's main in-production model, meaning that it currently has no manufacturing or sales until the C1000 is relaunched or it develops an alternative. During the Q3 earnings conference call, CEO Rick Dauch stated outright that "[our] current C1000 vehicle design is not robust, nor is it profitable." Dauch is a newcomer to the role, having started his duties on Aug. 1, and the C1000 was not developed or, for the most part, produced on his watch. As such, he is taking action to correct a problem dating back before he began acting as chief executive.

In its August Q2 report, Workhorse already knew the C1000 needed an overhaul. At that time, Dauch said the company intended to "revise the design," noting what was "clear from the initial customer feedback is that we need to further increase the payload capacity of our vehicles." A month later, in late September, Workhorse suspended deliveries while it tested the EV's highway safety standard compliance. 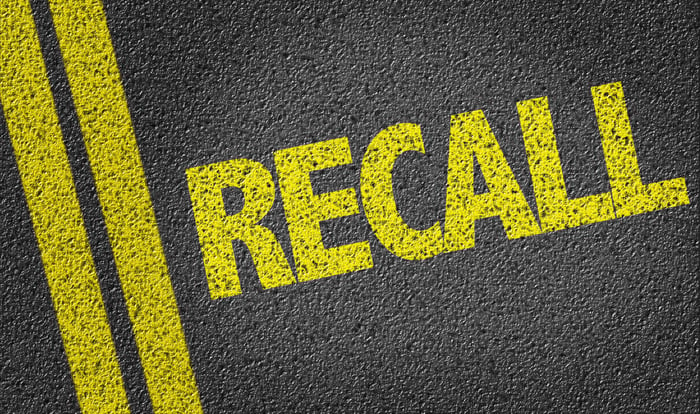 Revenue turned negative as a result of the suspension and recall, dropping from a positive $0.56 million in Q3 2020 to a negative $0.58 million in Q3 2021. In its Q3 earnings presentation, Workhorse says the revenue plunge resulted from "customer refunds related to the recall of our C-1000 vehicles." Cost of sales soared almost 311% year over year, driven by inventory write-downs and expenses related to the C1000.

At the bottom line, it generated approximately the same net loss as last year, a $0.77 loss per share versus 2020's $0.78 loss per share. The company also says it is burning cash at a rate of $12 million to $16 million per month. With $230 million in cash and cash equivalents on Sept. 30, the company will run out of liquidity in 14 to 19 months, all other factors remaining equal.

During the earnings conference call, Dauch said the C1000 would be thoroughly reviewed during first-quarter 2022. He spoke about choosing between various chassis options, and "finalizing a three-year product portfolio roadmap that we plan to execute between 2022 and 2024."

The crux of the matter, however, is that the C1000 may currently lack the durability, safety features, and payload capacity necessary to make it viable as an electric commercial vehicle (ECV), and Workhorse Group effectively has no in-production vehicle model and very little income, while its cash burn continues and may be increasing.

With these metrics, why the stock market jump?

In light of the recall and scrapping of Workhorse's flagship vehicle, the positive investor response seems puzzling at first glance. While it's impossible to know the precise motivations of all investors, two factors appear to be likely candidates driving the company's next-day stock market rise.

The first is the Nov. 5 passage of the Biden administration's $1.2 trillion infrastructure bill by the House of Representatives. $7.5 billion is earmarked for the American EV charging network's expansion, a sum capable of tripling the current number of charging locations, according to Green Car Reports citing U.S. Department of Energy data. The goal is half a million chargers in the country by the decade's end.

Joe Britton, executive director of the Zero Emission Transportation Association, or ZETA, remarked that this government funding "presents an unprecedented opportunity to accelerate the deployment of EVs."

While the bill, and ZETA, are primarily concerned with passenger EV adoption, ECVs would also obviously become viable more quickly with an extended charging network, especially for longer-distance deliveries. Research by MarketsandMarkets points to a 41.1% compound annual growth rate (CAGR) in ECV sales for much of the coming decade, a trend also likely to be supported by much wider availability of charging stations.

The other factor may be an expectation of a short squeeze driven by "meme stock" status for Workhorse. Workhorse was a "meme stock" briefly earlier this year. Now, with its operations on the ropes and short interest currently at 35.7%, it looks rather like a stock capable of drawing investment from the retail investors gathered on Reddit's WallStreetBets (WSB) subreddit.

These investors, who call themselves "apes" after the "ape army" in the film Planet of the Apes who are "stronger together," drove the short squeeze of GameStop (GME 3.98%) in early 2021 and attempted the same with AMC Entertainment Holdings (AMC 6.48%) shortly thereafter.

The "apes" have tried short squeezes on several smaller stocks since, but none have seen the success or persistence of GameStop and AMC, which both still have strongly elevated share prices thanks to "ape" money despite weak performance over the past several quarters. Some of Workhorse's rise may result from investors hoping the "apes" will target the EV maker, or even that the WSB retail investors themselves will attempt to kick off a short squeeze.

Why Wall Street is likely wrong about Workhorse

The big weakness in the stock market's positive response to Workhorse's Q3 is that it relies on factors external to the company. The freshly passed infrastructure bill's electrification provisions might theoretically boost the company's fortunes, based on "a rising tide lifts all boats."

But internal strengths of Workhorse aren't the foundation of this investment thesis. Many other electric car stocks could benefit more from the infrastructure bill. Some of them already have working ECVs on the road, leaving Workhorse playing catch-up even if it eventually gets a robust, functional delivery van model in production.

Counting on "meme stock" status, or an attempted "short squeeze" by WallStreetBets' army of retail investors based on the more than 35% short interest in the stock, is once again betting on something outside Workhorse's control. The failure of many other attempted "meme stocks" and "short squeezes" shows the unpredictability of this factor. In fact, only GameStop and AMC Entertainment seem consistently able to keep "ape" attention.

With external influences like infrastructure spending and "meme stock" potential stripped away, Workhorse is revealed as a company burning through the small amount of cash remaining to it, with no working vehicle model, and negative revenue. While new CEO Dauch appears to be trying to get Workhorse out of the sticky situation he inherited from previous leadership, an uphill battle lies ahead. Despite the EV sector's overall brilliant outlook, this particular company looks like one to steer clear of.