PubMatic (NASDAQ:PUBM) reported strong, unexpected earnings on Nov. 9, shares of the company increased throughout that week. By the end of the week, PubMatic shares jumped 47%, with most of that coming after its impressive earnings.

This quarter was very special. PubMatic showed investors that it has the potential to lead the sell-side market and is capable of innovating and adapting to the market. The company is currently the most innovative business in its market, which is just one reason why I think that this growth stock is worth buying today. 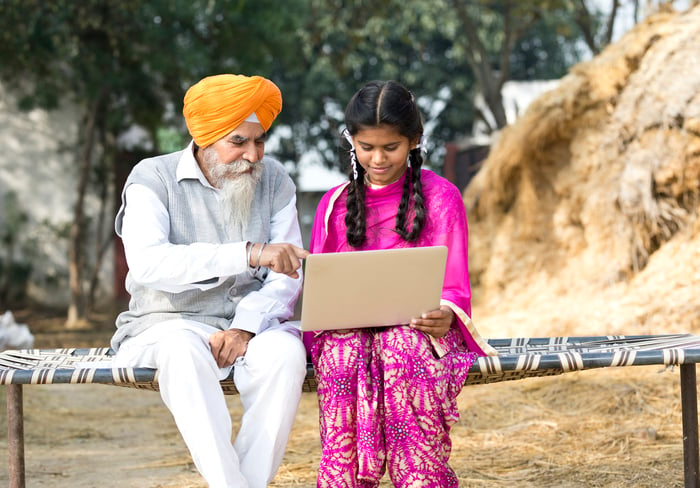 PubMatic helps publishers find advertisers looking to buy ad space through an intricate artificial intelligence-based bidding system. This system helps publishers get the best offer for their ad space while helping advertisers effectively reach their target audience. The company has begun adopting the use of cookieless identifiers to combat the increase in cookie regulation, an innovation that has stumped some of its competitors. Its cookieless sources are still accurate and provide valuable information for targeted advertisements while maintaining the privacy of the consumer. This, among other things, has enabled PubMatic to attract large publishers like Zillow and Unity as customers.

Despite analysts expecting the company to be affected by Apple's iOS cookie regulation, PubMatic had an astounding third quarter (period ending Sep. 30). Revenue grew 54% year over year to $58 million, and net income increased 117% to $13.5 million. PubMatic has generated over $30 million in free cash flow so far this year, and the company has no long-term debt. The company also grew its net retention rate 47 percentage points to 157%, primarily from customer adoption of new products like Identity Hub and Audience Encore. While PubMatic's overall performance was outstanding, two other factors from its quarter stole the show.

First, the company proved it didn't have to rely on cookies as much as its competitors. Apple and other tech giants have pledged to get rid of cookies -- a valuable data source for advertisers and adtechs like PubMatic. This could hurt how valuable PubMatic is to its publishers, but while competitors struggled with these challenges, PubMatic seemed to be unaffected. About 66% of PubMatic's Q3 revenue came from cookieless identifiers, signaling that this major shift in the industry away from cookies will have minimal impact on PubMatic.

Second, the company grew its connected TV (CTV) ad spend by 600%, and it reached 154 CTV publishers compared to 114 in the year-ago quarter. CTV is expected to be one of the primary ways to win in the future because it will not be affected by cookie regulation and is much more valuable for advertisers. Advertisers are willing to spend twice as much on CTV ads because of the value they bring. With potential like that already exhibiting strong growth, this shows an area contributing to a long growth runway for PubMatic's future.

What's next for PubMatic?

PubMatic faces intense competition from Magnite (NASDAQ:MGNI), but I believe that PubMatic is structurally better than Magnite. While Magnite is the market leader in this space, PubMatic has many competitive advantages over Magnite, including its intricate use of AI, success with cookieless alternatives, and organic rather than inorganic growth.

All of PubMatic's growth is organic -- meaning it came without acquisitions -- but the same cannot be said about Magnite. While PubMatic had 54% year-over-year organic revenue growth in Q3, Magnite only reported 26% growth after the recently acquired companies’ revenue is added to Q3 2020 revenue. This gives a better comparison of the consolidated business the company now has under its name. Magnite’s actual revenue did grow by triple digits, but it was with the help of acquisitions and the acquisitions were not factored into the year-ago comparison. The company does not disclose how much growth came from its own business. However, one could assume that its core business is severely hurting and that most of Magnite's growth comes solely from its acquisitions because it doesn't report its organic growth.

All of this innovation, growth, profitability, and dominance come at a relatively cheap price. PubMatic trades at 10 times sales and 43 times earnings. Although this is much higher than just a few months ago, when it traded at nearly 6 times sales and 30 times earnings, those numbers are much better than its competitors'. Magnite, for example, trades at a whopping 1,100 times earnings as the market leader.

With this in mind, along with the fact that PubMatic has seen major success with AI and cookieless alternatives for data, I believe that PubMatic is much stronger than Magnite. Even though Magnite currently leads the market, I could see PubMatic overtaking it in a few short years. If PubMatic can become a leader in a market where advertisers are expected to spend over $520 billion on ads by 2024, it looks like there is still a lot of growth left for PubMatic.