Hydrogen fuel cell company Plug Power's (NASDAQ:PLUG) share price popped by 5.1% as of 9:48 a.m. ET Wednesday morning, then gave up all of those gains and then some as concerns about rising competition countered the impact of an analyst's upgrade. As of 1 p.m. ET, Plug Power was trading down by 2.3% at around $42.10 a share.

Accordingly, Juvekar raised his price target on Plug Power stock to $56 a share from $35 per share, citing catalysts that include rising fuel gross margins and the expected ramp-up of Plug Power's green hydrogen network in the second half of 2022. Juvekar believes Plug Power is better poised than Ballard Power to succeed, given its presence in fuel cells, hydrogen, and electrolyzers. Ballard Power, in comparison, is primarily a fuel cell player. Juvekar set a price target of $19 a share on that stock. 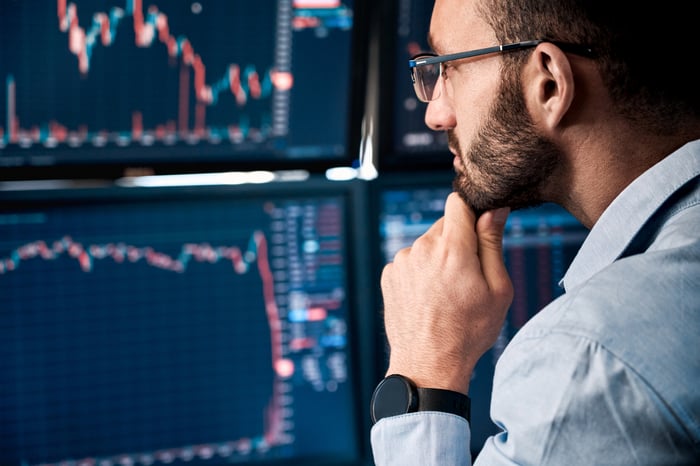 Plug Power is making significant investments in green hydrogen. Just last week, it opened a new facility in Rochester, New York, that it described as the first and largest green hydrogen and fuel cell gigafactory in the state. Plug Power made multiple moves in October as well, including inking a partnership to build green hydrogen plants in Europe, announcing collaborations with Airbus and Phillips 66, and forming a joint venture with South Korea's SK Group to expand hydrogen into Asia. Plug Power also unveiled a fuel cell powered van prototype in collaboration with Renault and HYVIA that it touted as the first such van in North America.

Yet competition in its niche is also heating up in tandem with rising global interest in green hydrogen. Industrial giant ABB, for example, just placed an order worth $5.3 million with U.K.-based AFC Energy for hydrogen fuel cell technology it will use with its e-mobility fast-charging charging stations, as reported by hydrogen-focused news organization H2 View.

And, in what might be the biggest news from the industry Wednesday, Australia's H2X Global revealed that it plans to list on a U.S. exchange next year. H2X is focused on expanding hydrogen fuel cell technology into the transportation sector across major markets like North America, China, Europe, Asia, and Scandinavia, and is even developing light vehicles using its powertrain.

Plug Power is a growth stock, and as such, its share price is bound to be volatile. Yet, there's no denying that green hydrogen has a strong future and there could be room for many players to succeed in the niche. Plug Power is already aggressively expanding its footprint, and recently delivered its highest-ever quarterly revenues while raising its outlook for 2022 and projecting annual sales of $3 billion in 2025. As long as its top line grows, investor interest in Plug Power stock should remain high.