I say that as an avid YouTube user and a longtime Alphabet investor.

YouTube, the leading video-sharing platform on the Internet, is facing a difficult dilemma. The service is stripping away the power of thumbs-down video ratings in an effort to make YouTube a safer and friendlier place.

The change itself is earning lots of negative reviews from YouTube creators, including co-founder Jawed Karim. Will the backlash force YouTube's hand, restoring the full power of negative user sentiment, or is the change already written in stone?

The update to Alphabet (GOOG -2.74%) (GOOGL -2.44%) subsidiary Google's market-leading video service is quite simple. The thumbs-down button isn't going away, but viewers will soon be unable to see how many negative reviews any particular video is getting. The number of thumbs-up ratings will remain as before.

Creators can see the dislike count behind the scenes, and the unfavorable clicks will factor into the algorithms that shape every YouTube user's stream of recommended videos. It's just the public display of I'm-not-a-fan ratings that goes away.

The change is currently rolling out to all YouTube viewers. You may or may not be able to check it out for yourself right now. 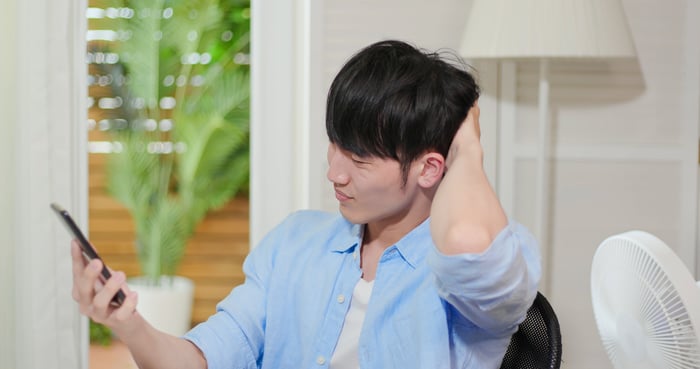 The overarching idea is benign enough. YouTube saw certain videos attracting an unintended use of the dislike button, where skyrocketing counts of bad reviews were treated like "a game with a visible scoreboard." These storms of "dislike" clicks had nothing to do with the video content but were typically targeted at certain video creators and "what they stand for," according to creator-liaison chief Matt Koval.

YouTube ran some tests with and without visible thumbs-down counts and found that the quieter version sparked less of this problematic behavior. So that's becoming the standard policy for every YouTube video going forward, in the hope of calming down the unfriendly and divisive misuse of thumbs-down ratings.

"Honestly, I think you're gonna get used to it pretty quickly. Keep in mind that other platforms don't even have a dislike button," Koval ended his video explaining the situation.

Many YouTube stars quickly rejected the unpublished count of dislikes. The consensus opinion is clear: The negative reviews play a vital and useful role in directing viewers toward videos of higher quality, and it's a bad idea to take away the public count.

The other video-heavy social media services are essentially "content recommendation engines," designed to maximize viewership in platform-by-platform popularity contests. YouTube, on the other hand, also serves as "a massive search engine," as one might expect from a tool under the wing of search-giant Google. Therefore, limiting the not-too-positive feedback from viewers who didn't find what they were looking for in an instructional video or an opinion piece makes less sense for Google's service than it does for the TikToks and Instagrams of the world.

Popularity is not the same as quality, and you may need to know something about the quality of your search results. Entertainment for the sake of entertainment doesn't need to strike that balance.

Finally, YouTube co-founder Jawed Karim voiced his displeasure with the incoming changes in a unique way. Instead of posting a new video, blog post, or podcast about it, he changed the description to the first video ever published on this platform. Me at the zoo, an 18-second slice of life featuring Jawed in front of a few elephants, offers a powerful broadcasting option, thanks to its irreplaceable part of internet history. It has nearly 203 million views so far, inspiring 11 million comments, 10 million likes, and 225,000 dislikes.

Therefore, the negative feedback from disappointed users must be given a voice. Otherwise, the system breaks down.

"Does YouTube want to become a place where everything is mediocre? Because nothing can be great if nothing is bad," Jawed wrote. 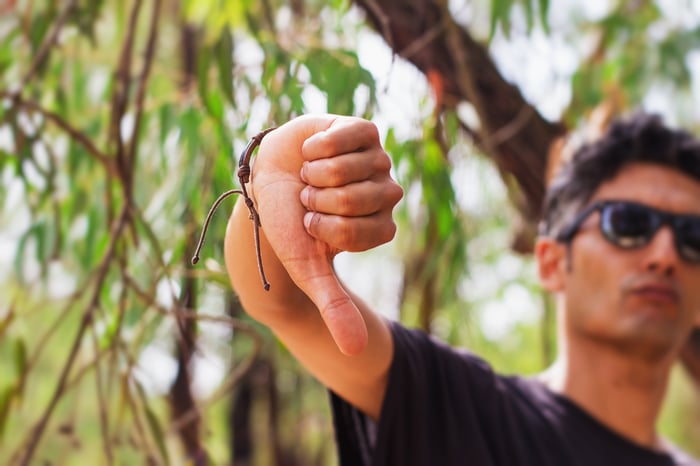 YouTube's motives do make sense in a certain angle and a certain light.

Making the video platform less prone to random acts of exclusion and ridicule has to be a good thing, even at the cost of platform-defining features. The rating system has been changed before -- dropping a five-star scale in favor of simpler like-or-dislike options in 2009 -- and was arguably better off afterward. And if the new system makes YouTube act more like TikTok and Instagram, maybe that's not such a bad idea. The new YouTube Shorts feature is a big step in that direction anyhow. Let's just embrace the wind of change!

That gloomy analysis falls short for one important reason, though. YouTube isn't some upstart trying to catch up to what the big winners are doing. It's a market leader with a unique niche that isn't easily cloned by the popularity-skewed goals of its biggest rivals.

The Google service should double down on quality and let the rest compete on pure viewership numbers. Advertisers will pay higher rates for a more engaged audience, which is what follows from an obsession with quality content.

And YouTube is already thriving. Third-quarter ad sales rose 43% year over year to $7.2 billion. I can't say for sure that this spectacular growth will grind to a halt if the useful quality ratings are replaced by a pure popularity contest, publishing only positive reactions, and hiding the downside. However, it wouldn't surprise me if a meaningful portion of the YouTube audience turned to other sources soon enough, turning the YouTube you know into just another TikTok clone with a long and colorful history.

That would be a crying shame, both for YouTube's disappointed users and Alphabet's shareholders. As an Alphabet investor myself, I give the proposed content-rating system change an enthusiastic thumbs down. Please don't do it, YouTube.