The Earth is old hat, but space is all brand new -- and shinier, too. Is it the next commercial real estate frontier? Bezos and Blue Origin think so.

Space may be the final frontier, but it's also the last place you'd think of to put a business park. Unless, of course, you're Jeff Bezos. Although it's far from what you might imagine a business park to be, Bezos' Blue Origin has partnered with several aerospace interests to create the first commercial business park in space: Orbital Reef. They plan to have it up and running by the end of the 2020s, just in time to replace the soon-to-be decommissioned International Space Station (ISS).

As futuristic and far-fetched as a business park in space may sound, Bezos' team isn't the only one determined to create the world's longest commute. Lockheed Martin has teamed with other space hopefuls to race Blue Origins to space with their Starlab. Although currently planned as a research station, Starlab is still considered a part of NASA's Commercial Low-Earth Orbit Destination project, which supports the development of private space stations and pushing the growth of a "space economy." 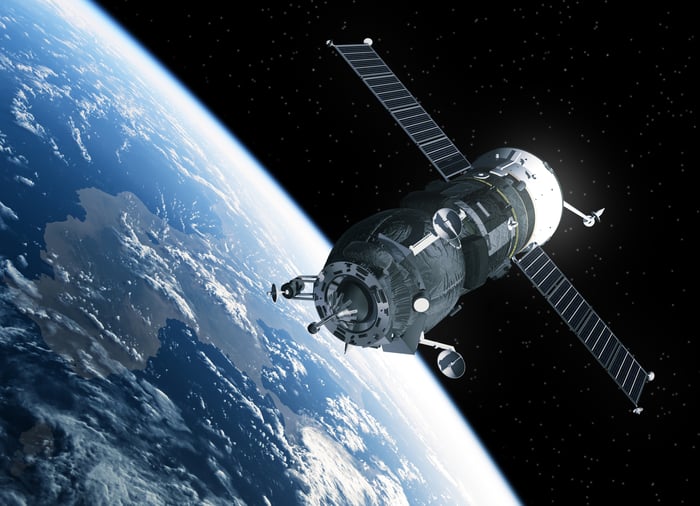 As very weird as it is for me to write this -- because my idea of real estate has, literally, always involved things like dirt and rocks and, like... a planet... under it all -- space business parks were actually a totally obvious and overlooked extension of the commercial business parks we all know (and sometimes love). They don't look or feel like stodgy office space with industrial or commercial zoning, but they have so many elements in common.

In the case of Orbital Reef, we already know there are plans for long-term commercial occupants, who will each presumably have their own areas for research and other commercial activities (things like filmmaking and short-term residential leasing have been floated so far). The space station is being designed in pieces, like everything that goes into space. But, unlike many space "things," Orbital Reef is meant to become a modular space plaything, with the ability to accept many additional modules over time, allowing for virtually unlimited expansion as more companies find reasons to go to space.

This isn't new tech; in fact, it's already in use on a small scale at the ISS. But, because the ISS is aging and was never really designed with commercial potential in mind, NASA is pushing for more investment in furthering technology that will allow people to hang out in space.

"This is exciting for us because this project does not duplicate the immensely successful and enduring ISS, but rather goes a step further to fulfill a unique position in low Earth orbit where it can serve a diverse array of companies and host non-specialist crews," John Mulholland, Boeing VP and program manager for the ISS, explained in a news release on Blue Origin's website. "It calls for the same kind of expertise we used to first design and then build the International Space Station and the same skills we employ every day to operate, maintain and sustain the ISS."

The future of commercial real estate may be in space

As long as the Earth remains habitable, there will be businesses looking to rent commercial space on it, but opening up low-earth orbit (LEO) to commercial ventures is a whole other thing. Not every sort of business will or should rent a pod in Bezos' space mall, but there are a lot more than might immediately come to mind that could benefit immensely from the research and development space.

Everything from aerospace technology that supports space ventures (kind of a self-feeding loop, to be sure) to experimental food production, climate research, satellite support, and even medical applications could be made easier with a LEO perspective. Not everything needs or even benefits from having a lot of extra gravity hanging around.

For now, the closest you'll get to investing in a space business park will be buying into the players involved with the NASA LEO Destinations program, such as Orbital Reef partner Boeing or Starlab partner Lockheed Martin. As these (and potentially other) LEO space stations get closer to launch, watch for opportunities to acquire shares in space-related REITs or private investment opportunities to fund other profitable projects that will end up... up there.

The Earth isn't tapped out, but being able to invest in three dimensions will open up all kinds of new opportunities for both investors and humanity in our pursuit of extraterrestrial occupation.