A top investment bank weighed in on the prospects for the Apple Car.

Apple (AAPL -2.01%) was a popular stock on Friday, rising by nearly 2% against the slight dip in the S&P 500 index to finish at a new all-time high of over $160 per share. That move upward came on a day when an influential investment bank published an encouraging research note about an apparent upcoming Apple product.

Following an article published Thursday by Bloomberg, Morgan Stanley analyst Katy Huberty waxed enthusiastic about that product -- the purportedly fully autonomous Apple Car that will apparently be launched as early as 2025. 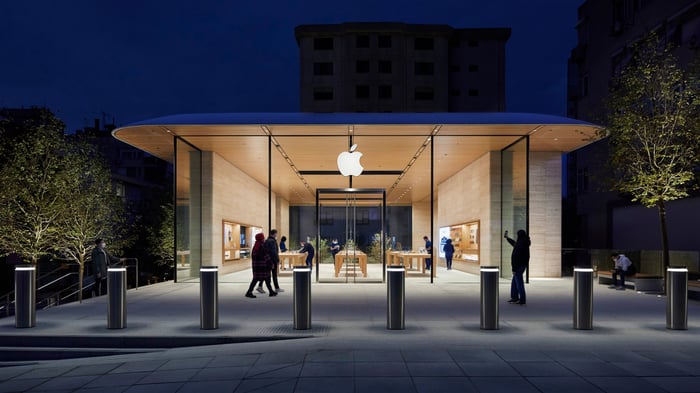 Huberty wrote that the Apple Car "could both accelerate adoption of new technology ([electric vehicle] + [autonomous vehicle]) and expand the addressable market similar to past Apple product launches."

In her estimation, a successful launch would forge "the clearest path to doubling Apple's revenue and market cap -- catalyzing a shift in investor narrative back toward the attractiveness of the platform (1 billion loyal customers) and long-term, sustainable growth."

Huberty's colleagues in Morgan Stanley's autos and shared mobility team said that the rollout of the Apple Car will have "significant" implications for the entire automobile industry. Yet the team implied that 2025 might be too near-term a goal for full autonomous operation.

"We expect [Level] 5 (fully autonomous) vehicle penetration to ramp very slowly due to a host of technological and moral/legal/regulatory considerations," it wrote.

It's important to keep in mind that Apple, ever tight-lipped about its projects under development, has never directly confirmed that it's building the Apple Car. But the Bloomberg story, which cites "people familiar with the matter," is seen as credible by numerous people associated with EVs/advanced driver assistance systems (ADAS).

The tech giant's bulls, then, should be cautiously optimistic about the latest scuttlebutt about the project, and Morgan Stanley's reaction to it. The connected car/EV space will certainly be earthquake-shaken by an Apple Car, but let's keep a sober eye on how the project develops, and what Apple reveals about it.