A big bifurcation in the market is continuing.

Investors have used the Dow as a proxy for the stock market  for more than a century. However, that benchmark has never been a perfect barometer of the overall market, and today's activity shows some of its weaknesses in trying to reflect what's happening across Wall Street. 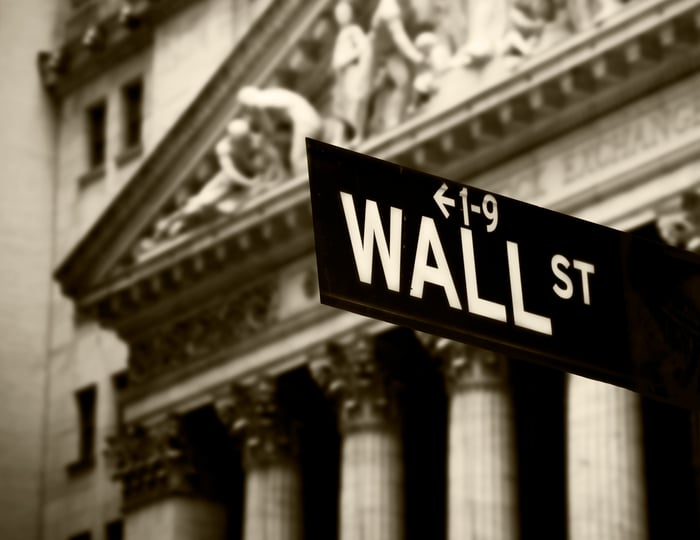 The typical criticism of the Dow is that it's a price-weighted index. That gives the stocks that have the highest share prices proportionally more weight in driving moves in the average than stocks with lower share prices -- even if the total market capitalization of the lower-priced stock is actually considerably higher.

That weakness was evident today in the movements of just a couple of stocks. UnitedHealth Group (UNH 1.33%) is by far the highest-priced stock in the Dow, and its move lower of not quite 2% sent the share price down about $8.50. Given the way the Dow gets calculated, the health insurer's downward move cost the Dow between 57 and 58 points all by itself.

Meanwhile, Boeing (BA -0.59%) no longer has quite as high a stock price as UnitedHealth, but it suffered a bigger decline on Friday. With the stock down about $11 per share, Boeing's downward move cost the Dow almost 75 points.

Combine the two stocks, and the downward pressure added up to about 132 points. Meanwhile, stocks like Nike (NKE -1.93%) and Apple (AAPL -1.76%) put up gains of between 1% and 3%, but their influence on the Dow was minimal because of their much-lower share prices.

Even when you set aside the Dow's foibles, though, another key distinction across benchmarks is also creating disparate performance. One of the key news items in the market today involves a resurgence of COVID-19 cases across Europe, and that's making investors fearful about the possible ramifications of a return to lockdowns in certain parts of the world.

In particular, old-economy stocks are taking the brunt of it. Boeing is a good example, but also taking hits within the Dow were energy giant Chevron (CVX -2.35%) and chemicals company Dow (DOW -1.16%). An economic slowdown would hurt industrial activity, potentially reducing demand for energy products along with key materials for various production processes.

However, it would potentially bolster greater use of technology for use in new-economy applications like working from home. The Nasdaq's gains were powered largely by sharp rises in semiconductor stocks, with newer leaders like Nvidia (NVDA 0.14%) and Micron Technology (MU -3.03%) taking the ascendancy over the lagging Dow member Intel (NASDAQ: INTC).

Be ready for a tug of war

These trends have been fighting each other since the pandemic began, and they'll continue to play out in the months to come. In the meantime, when you see the Dow and other benchmarks diverging, looking more closely will usually reveal a dynamic similar to this one.

The Dow Lost Ground as Investors Piled into Recession-Proof Stocks