Merck (NYSE:MRK) announced trial results from its COVID pill last month to much excitement. But shortly afterward, Pfizer (NYSE:PFE) did the same, saying its pill was even more effective. As a result of the news from its rival, Merck's stock proceeded to fall, giving back much of the gains it had achieved in the past month.

But did investors overreact here? Does Merck's COVID pill still look to be a boon for the business? Or is the recent bearishness justified? 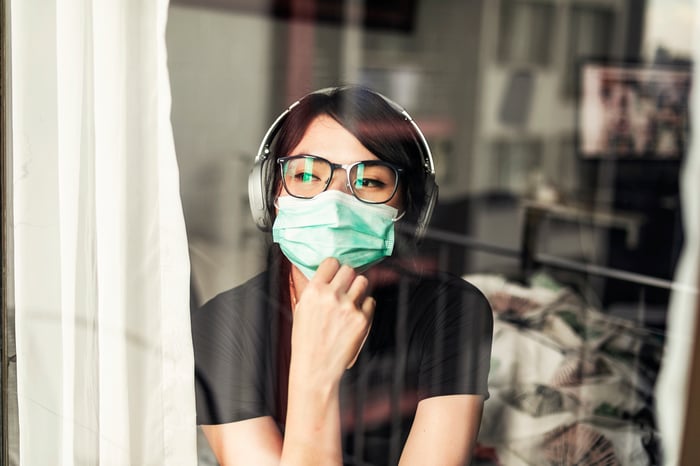 Significant optimism at the start

On Oct. 1, Merck released interim analysis of its phase 3 study for the COVID pill it has been working on with Ridgeback Biotherapeutics, reporting that the pill helped cut the risk of hospitalization or death in half. This was for patients with mild or moderate cases of COVID-19. The company plans to submit the data to the U.S. Food and Drug Administration (FDA) in the hopes of securing Emergency Use Authorization (EUA).

The markets reacted favorably to the news with Merck's stock jumping as much as 12% during intraday trading on Oct. 1. Merck has already secured a $2.2 billion deal with the U.S. government for 3.1 million courses of the pill. And the government still has the option to buy another 2 million. Merck expects to be able to manufacture 10 million courses of the pill this year and will double that in 2022.

A bubble burst by Pfizer?

It would take little more than a month for Pfizer to release its own interim analysis from a phase 2 study of an oral treatment for COVID-19. Pfizer's pill cut the risk of hospitalization or death by a whopping 89% for people with mild to moderate symptoms of the disease. That's significantly better than Merck's 50% reduction. Pfizer said it would also submit the data to the FDA in the hope of obtaining an EUA.

The great news from Pfizer was wretched for Merck's stock, which fell 10% from more than $90 on the previous day's close to less than $82. Given Pfizer's dominance in the vaccine market, it wouldn't be unreasonable for investors to be somewhat bearish on the news as a behemoth competitor offering a potentially superior product doesn't strengthen the prospects for Merck's pill.

According to estimates from Jefferies & Co., the COVID-19 treatment market could be worth more than $10 billion annually. That's not terribly large given that for 2021 alone Pfizer expects to generate a whopping $36 billion just from the sale of its COVID-19 vaccine.

So at first glance, Merck investors may have a reason to worry that the company is going head-to-head against an industry giant in a smaller market. Both companies plan to sell the pill at around $700 per course. If Merck was to max out its production next year and sell all 20 million of its courses at that price, the full potential for it would be $14 billion in revenue -- well above the estimate for the entire market.

However, a lot will depend on how big of a problem the COVID crisis continues to be next year. In November, new daily cases have often totaled more than 400,000. Over the course of a month, that's 12 million, and during a 12-month period, that would equate to 144 million new cases. If even half of those people take a COVID pill, that could be worldwide demand of at least 72 million.

Pfizer plans to manufacture 50 million courses of its pill next year, and both it and Pfizer have license agreements for other companies to manufacture it as well. And yet, there could still be an excess of demand out there. But predicting COVID and how prevalent it will be next year is the big question mark. If the delta variant subsides, then these projections will look much different.

Is Merck a buy?

Based simply on how unpredictable the pandemic has become, I'm not enamored with the idea of buying up stocks that could be good COVID plays. The safe approach would be to look at Merck as a business without the COVID pill and use that as a baseline. Consider any boost from that revenue a short-term bonus and nothing more. That way, you won't be relying on that additional revenue in any long-term estimates.

And based on that approach, the healthcare stock looks to be a worthwhile buy today. It trades at a forward price-to-earnings multiple of 14 (slightly higher than Pfizer at 12 but incredibly cheap compared to drugmaker Eli Lilly, which trades at 32) and has generated a profit margin of a little less than 14% over the trailing 12 months. Plus, its dividend yield of 3.1% is well above the S&P 500 average of 1.4%.

Merck has a lot to offer investors beyond just its COVID pill, and that's why it's a stock worth buying today.