Growth is strong, but profitability is still missing.

TheRealReal (REAL -1.57%) is growing fast, but the stock is still down substantially since its IPO. Is the market missing the opportunity here?

In this episode of "Upgrade or Topgrade," recorded on Nov. 12, Millionacres Editor Deidre Woollard and Fool Contributors Jeremy Bowman and Nick Rossolillo discuss the company's recent earnings report and what's next. 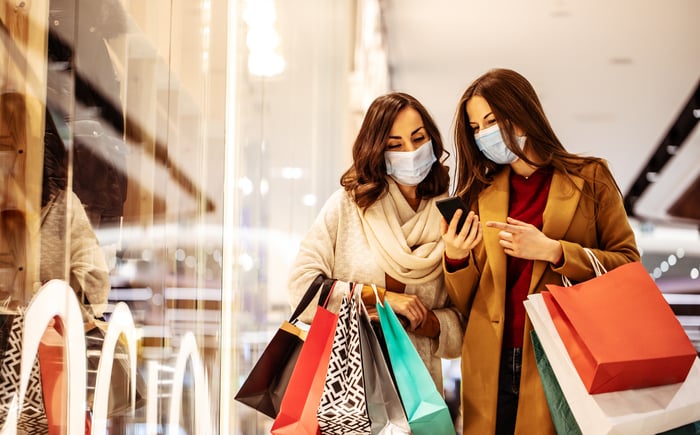 10 stocks we like better than TheRealReal
When our award-winning analyst team has a stock tip, it can pay to listen. After all, the newsletter they have run for over a decade, Motley Fool Stock Advisor, has tripled the market.*

They just revealed what they believe are the ten best stocks for investors to buy right now... and TheRealReal wasn't one of them! That's right -- they think these 10 stocks are even better buys.

Deidre Woollard: Now let's look at their numbers. They've been down. Their stock's around, I think I just looked at this, around $16.40. They're down around 44% since the IPO, year-to-date down like 20%, but up a little bit this week because the earnings weren't bad. Gross merchandise value was up 50% year over year. Total revenue was up 53% to $119 million. Profit per order was up. But they're still running at a net loss. One of the questions is, of course, when are they going to be profitable? They are still trying to figure that out. They're growing in active buyers. They've got active buyers at 772,000, which is up 25%. Their orders are up 38% year over year. Overall, solid numbers, but that question of profitability is something that they're going to deal with. I think we see that in a lot of companies. I don't know if you feel like that's a concern or not.

Jeremy Bowman: I think also I wanted to make a point that, It looks like RealReal saw revenue decline during last year. They are experiencing recovery.

Deidre Woollard: Yeah, they did decline a bit, but they are feeling very robust about the future as well.

Nicholas Rossolillo: I did notice that, Deidre, on the net income: It's not that they couldn't be profitable, I don't think, because last year they were reporting positive net income, am I reading that correct?

Deidre Woollard: Yeah, I think that's correct. Another thing that they're doing, I wanted to talk a little bit about this lawsuit. I don't know if either of you saw this, but I think it's pretty interesting. There was a lawsuit filed in 2019 about their authentication claims, and whether or not what the website said about how they authenticate was really how they were authenticating. They just reached a settlement for $11 million in cash. For a lawsuit, that's actually not too bad. That actually seems good news to me. [laughs] They're moving on from that, but maybe that'll be a concern in the future about authentication. That's something to keep in mind, but they are moving their center of operations for authentication from Brisbane, California, which is like the San Francisco-ish area, to Phoenix, Arizona. That, I think, is great news because it is so much cheaper to be in Phoenix, Arizona, and probably easier to find the employees as well right now, because I cover real estate and wow, everybody is moving to Phoenix. One of the hottest housing markets in the country and also one of the hottest business climate in the country. I think that is a good move for them as well. I don't know if either you had any thoughts on that lawsuit.

Jeremy Bowman: As far as the supply chain thing, I think the Phoenix will up their cost structure. Sorry, I lost my notes here.

Nicholas Rossolillo: Can I just hop in? Sorry, go ahead, Jeremy

Jeremy Bowman: I wonder if the authentication thing, too, is going to be a continuing pain point for them. To me, I can see it working both ways as an advantage or one that's going to get them in trouble with some of the other luxury brands and shoppers as well.