Waiting until 70 means you get larger benefits, but it's not always the best approach.

If you want your Social Security checks to be as large as possible, you'll need to put off claiming them until you've reached age 70. Retirees earn delayed retirement credits that raise their monthly income if they wait to start their checks, but these can be earned only until 70, after which time there's no further increase for delaying.

Although putting off getting checks until 70 does boost the amount of money you get each month, it's not necessarily the right choice for everyone. In fact, claiming early makes sense in a lot of situations. Here's one of the single best reasons to start your checks long before that age. 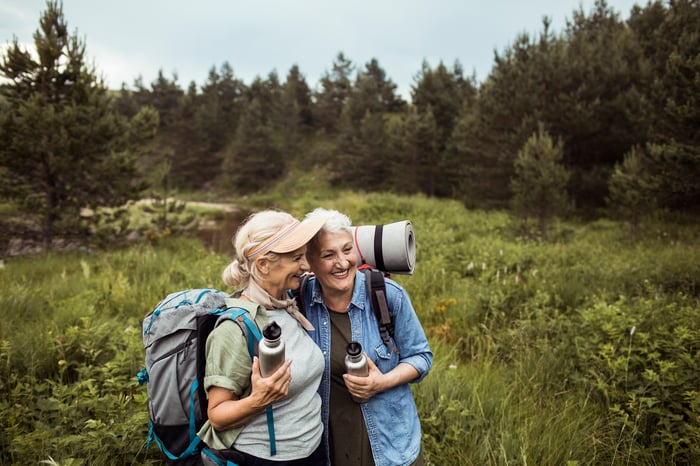 One of the best reasons to claim Social Security before the age of 70 is that there's a really good chance that you won't actually be better off if you delay starting your checks.

See, the purpose of waiting to file for benefits is to get more monthly income once your payments eventually start. But in order to get this future monthly income, you have to give up the prospect of getting paid Social Security benefits starting at age 62. If you wait until 70 when you first become eligible for benefits eight years earlier, you're going to miss out on thousands of dollars in benefits that could have been deposited in your bank account.

In an ideal situation, that won't matter. You'll get higher monthly benefits, the extra money will end up making up for the income you didn't get earlier, and you'll break even. Then, once you do make up for that cash you missed, you'll hopefully keep getting those higher benefits for months or even years to come, leaving you with more lifetime funds from Social Security.

And, sometimes this works -- if you outlive your life expectancy. If you live into your 90s or longer, you'd definitely end up better off if you waited until 70 to get Social Security checks. But, the fact is that life expectancy is so named because that's how long you're expected to live.

In other words, many, many people don't end up outliving their life expectancy. And some don't even live that long. And if you're one of the people who doesn't live longer than actuarially projected, you could actually end up with less lifetime benefits if you delayed starting your checks than if you had claimed them at 62.

Sure, you can take a chance on waiting until 70 to get a little bit more money later on in life from Social Security. But, since the program was specifically designed to equalize things out between early and late claimers, this is a gamble that may not pay off.

If you don't want to worry about having to live longer than projected to break even, you may decide to just claim your benefits when you feel like it -- even as early as 62 -- and be happy with the income that you have coming in since that money is a sure thing.