fuboTV (NYSE:FUBO) is a sports-focused streaming service that replaces traditional cable TV. It's for folks who want the big bundle of channels that come with a cable subscription but with the convenience of receiving the content over the internet.

The company is gaining traction with consumers, and growing revenue and subscribers at a rapid rate. fuboTV reported third-quarter earnings results on Nov. 9 that showed more of the same. However, the market was disappointed in what it saw from the young company, and the stock is down 35% since the company announced earnings. Let's look at fuboTV's Q3 earnings and see if the dip is a buying opportunity. 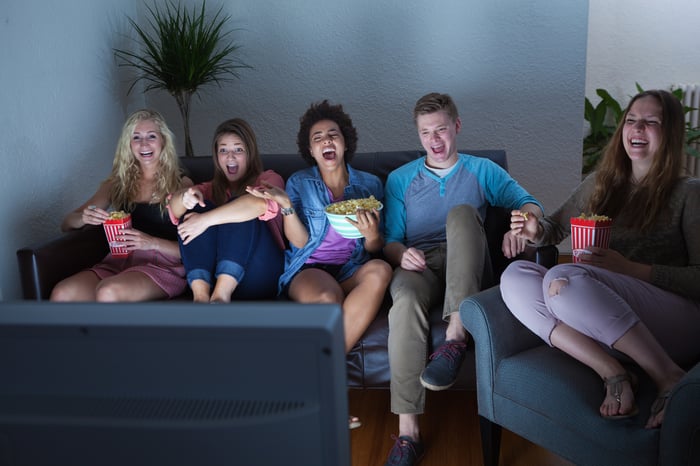 Revenue growth was an impressive 156% for fuboTV's third quarter. Coincidentally, fuboTV's Q3 revenue was $156.7 million. That was ahead of $61.2 million in the same quarter last year and $41.7 million in the year before that. Folks are attracted to its services because they are more convenient than a traditional cable subscription -- you can take your account with you anywhere you have a mobile device and an internet connection.

That advantage is not going to change anytime soon, so fuboTV can ride that tailwind for several more years at least. And according to MoffettNathanson, there were 72.6 million active traditional pay-TV subscriptions as of Q2 2021.

At the end of Q3, fuboTV had 945,000 paying subscribers. The gap between fuboTV's current customers and active traditional customers is an ample opportunity. fuboTV is making excellent progress. In its most recent quarter, it increased subscribers by 108% from the same time last year.

fuboTV is not profitable

The challenge for fuboTV is that the rapid growth is straining its financial position. It is not growing profitably or in a manner that is increasing cash flows, and it's burning through capital just about as quickly as it is adding revenue and customers. That can partly explain why its stock price has dropped by 35% since the company reported earnings results.

fuboTV more than doubled revenue and subscribers, but simultaneously lost $105.9 million on the bottom line and generated negative $143 million in cash from operations.

fuboTV's expenses as a percentage of revenue were 165% in Q3. Admittedly, that was down from 207% last year and 234% in the year before. Still, with revenue climbing over 100%, investors would like to see better leverage against costs and a more considerable improvement in operating losses.

Should you buy fuboTV stock?

The company has an excellent long-run opportunity ahead. It offers a better product to customers than the substitute, and often at a better price. A few more years of growing revenue and subscribers could turn the corner on profitability at fuboTV's current rate. That's a considerable risk, but there could be a big reward for investors who buy the stock with the idea that fuboTV can grow into profitability.

The stock is trading at a price-to-sales ratio of 5, near the lowest in its history as a public company. The stock price crashing after Q3 earnings could be an opportunity for long-term, risk-tolerant investors to start accumulating shares.