Aurinia Pharmaceuticals (AUPH -2.90%) stock has fallen sharply in response to a recent regulatory filing. Investors feeling queasy about the unlimited shelf registration statement that the company filed on Friday had pulled its share price down by 26.8% as of 10:49 a.m. ET Monday.

In January, the Food and Drug Administration approved Aurinia's first drug, Lupkynis, for the treatment of lupus nephritis. As is often the case when an independent drugmaker launches its first drug, sales of Lupkynis haven't lived up to expectations. 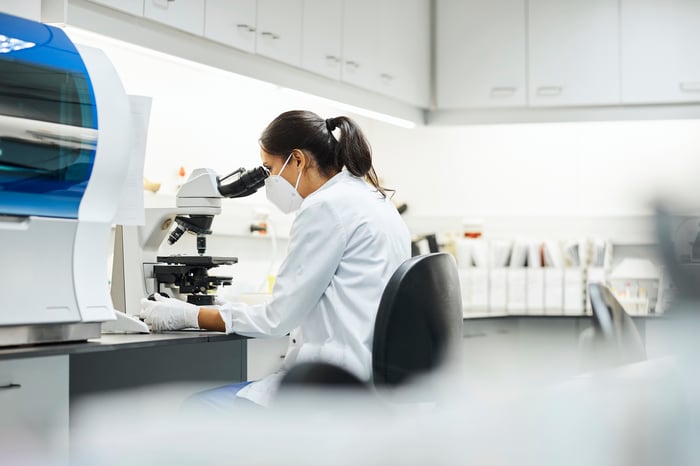 Sales perked up in the second quarter, but with revenues of just $14.6 million, Aurinia Pharmaceuticals isn't making ends meet. The company lost $50 million in the third quarter and $148 million through the first nine months of 2021.

The stock was down on Monday because that new shelf registration statement suggests Aurinia Pharmaceuticals isn't very confident about Lupkynis' immediate future. The form filed states Aurina may issue an unlimited number of new shares, or securities that can convert into new shares, to fund operations. Unlike a typical secondary stock offering, shelf registration statements allow companies to issue new shares to take advantage of market conditions the moment they become advantageous.

Aurinia Pharmaceuticals finished September with $286 million in cash and marketable securities. If Lupkynis' sales trajectory continues along its present path, the company won't need to issue new shares that dilute its current shareholders.

There is a dearth of effective lupus nephritis treatment options available, so it's probably too early to assume Aurinia Pharmaceuticals can't make money with Lupkynis. That said, it's probably best for investors to stay on the sidelines until we see Lupkynis sales truly lift off.