It takes money to make money in the stock market. While investing a few hundred dollars in a low-priced cryptocurrency like Shiba Inu might seem like someone's ticket to riches, it's a risky strategy. Investing larger sums of money into safer investments can accelerate the growth of a portfolio and give an investor much better odds of becoming a millionaire.

For example, if you had invested $100,000 into either Seagen (NASDAQ:SGEN) or Apple (NASDAQ:AAPL) a decade ago, you would already be a millionaire today. What makes these businesses so special, and are they still good buys today? 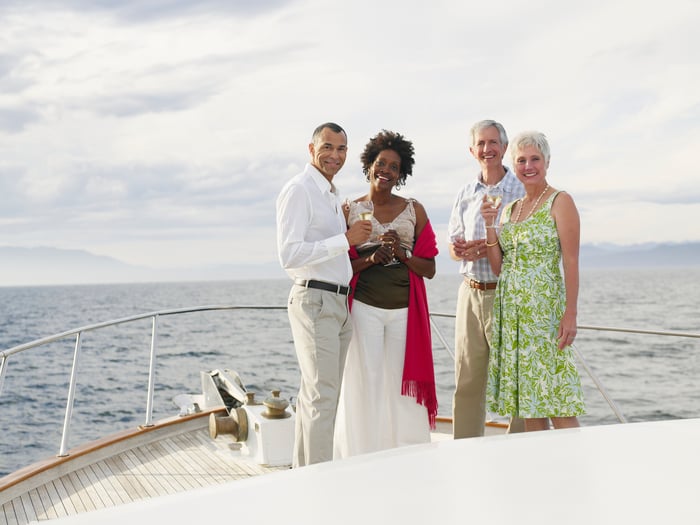 The healthcare company has come a long way over the past decade, growing from just $95 million in revenue in 2011 for the full year to generating more than $424 million in just its most recent quarter (for the period ending Sept. 30). The company's bladder cancer drug, Padcev, generated $95 million all on its own in the latest period, growing at a rate of 54% year over year. And that wasn't even the company's top-selling drug. That distinction belongs to the lymphoma drug Adcetris, which brought in $184.8 million in sales, generating year-over-year growth of 13%.

Despite this stunning growth, however, Seagen remains unprofitable, incurring a net loss of $293.8 million for its most recent quarter. But the company does plan to get out of the red -- it just isn't making any promises on when that will happen. And for growth investors, that's not a huge deterrent so long as the business remains on a strong trajectory and long-term profitability is possible.  Seagen's growth remains promising as the company has recently raised guidance for all of its major brands, including Adcetris and Padcev, which will combine for more than $1 billion in revenue in 2021.

When it comes to biotech stocks, all it sometimes takes is one or two drugs and a stock can take off. And you don't necessarily have to wait before there's positive news or a major approval to buy. Seagen, previously known as Seattle Genetics, had its breakthrough in August 2011 when the Food and Drug Administration (FDA) first granted accelerated approval for Adcetris for multiple indications (both relating to lymphoma). If someone bought the stock three months later, that would be roughly 10 years ago today, and they'd still have collected those amazing returns.

Although the upside for the stock may not be as high today, Seagen is also a much safer investment given its diverse portfolio. And it's still innovating with many different trials in its pipeline. In September, the FDA granted accelerated approval for Tivdak, a drug that treats metastatic cervical cancer that some analysts project could bring in peak annual revenue of more than $1 billion. Seagen has some solid drugs in its portfolio, and this cancer-fighting company continues to look like a fantastic buy for long-term investors.

Investors don't always need to take a chance on a risky biotech stock to earn a great return, and there's ample proof of that with Apple. The popular tech company already unveiled the iPhone in 2007 under then-CEO Steve Jobs, so it wasn't a huge risk for investors to take on at that point.

Today, Apple sits at a $2.4 trillion valuation and is one of the most popular investments out there, even for billionaire investor Warren Buffett. And much has changed over the past decade. Apple has become less dependent on products and now has many different subscriptions that generate revenue for its business, including a streaming video business. In fiscal 2021 (the period ending Sept. 25), service revenue totaling $68 billion accounted for 18.7% of Apple's top line, and that segment is steadily growing; just a few years earlier in fiscal 2019, service sales of $46 billion represented 17.8% of all revenue.

The only reason not to buy Apple stock today may be due to its high valuation. It currently trades at a price-to-earnings ratio of more than 27, which is considerably higher than where it has been before the pandemic (typically around 20 times earnings or lower). But for a long-term investment, it's still an attractive option that also pays a modest dividend yield of 0.6% (below the S&P 500 average of 1.4%). If you're planning to buy and hold, it's hard to go wrong with this Buffett stock.