Space stocks are all the rage among investors.

By the close of trading, Astra's stock price was up more than 17% after rising as much as 42.5% earlier in the day.

Astra completed its first commercial orbital launch on Friday night. It was initiated from the company's Kodiak Spaceport in Alaska. The rocket carried a test payload for the U.S. Space Force.

"Reaching orbit is a historic milestone for Astra," CEO Chris Kemp said in a press release. "We can now focus on delivering for our customers and scaling up rocket production and launch cadence." 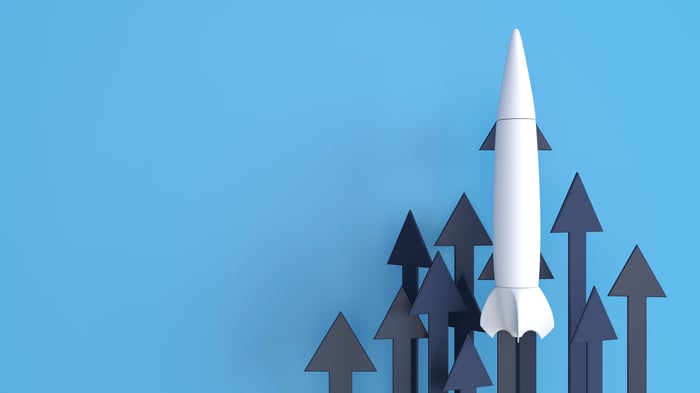 The successful launch places Astra among a rare collection of businesses that have reached orbit. Other members of that elite group include Elon Musk-led SpaceX and Virgin Galactic Holdings, which was founded by billionaire Richard Branson.

Astra was created in 2016 with the goal of powering "a new generation of space services." It went public via a special purpose acquisition vehicle (SPAC) merger in June.

Astra wants to help launch massive numbers of small satellites into low Earth orbit. To do so, it plans to mass-produce rockets similar to the way automakers manufacture cars and trucks.

Astra already offers one of the lowest-cost rocket-launching services in the world. In time, the company hopes to launch rockets at a cadence that would make it possible to "provide daily access to space."

Why Astra Space Stock Is Going to the Moon Today
413%