Despite some news about positive catalysts for cryptocurrencies, headwinds remained the dominant force in trading Monday morning.

Investors looking at the price action among the largest cryptocurrencies by market capitalization may not like what they are seeing. As of 10 a.m. ET Monday, Bitcoin (BTC 0.18%) was down by a little more than 1%, while Etheruem (ETH -0.22%) and Dogecoin (DOGE -1.30%) were down by approximately 2%.

These downward moves aren't massive. However, they're a continuation of some relatively weak price action for these cryptocurrencies. At their daily lows Monday, each was down by more than 3%, and over the past seven days, each has declined by more than 9.5%.

As a direct result of its price drop over the past week, Dogecoin has slipped off the list of the top 10 cryptocurrencies by market capitalization.

These declines appear to relate to traders' fears about enhanced regulation of cryptocurrencies, and the way that their profits on tokens may be taxed under provisions of President Biden's recently enacted infrastructure act. There's chatter that another crypto winter could be underway as traders focus those concerns and other headwinds, including China's ongoing cryptocurrency mining crackdown and the strengthening U.S. dollar.

That said, it hasn't been all bad news for large-cap cryptocurrencies. On Monday, El Salvador announced a "Bitcoin City" and sought to raise money via a "Bitcoin bond" -- both firsts for the crypto world. Additionally, total value locked on Ethereum's layer-two networks reportedly just broke through an all-time high. Some investors are pointing to these news items as signs that adoption is picking up. (Total value locked refers to the amount of cryptocurrency locked within a given network.) 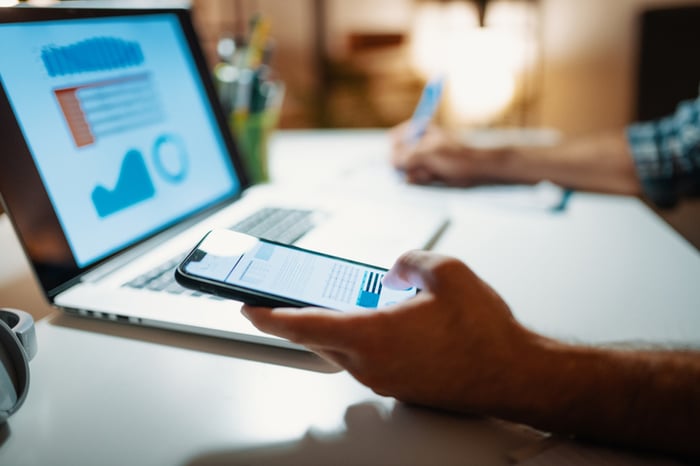 As we start the week, there are certainly some bright spots crypto bulls could get excited about. Adoption of the various mega-cap cryptocurrencies continues to pick up. The value being created within Ethereum's layer-two networks is impressive. And the fact that El Salvador is the first nation to take crypto seriously is another indication that these cryptocurrencies are going mainstream. Dogecoin remains a top meme token, despite its recent sell-off.

However, headwinds remain strong in the crypto world, and there are additional macro-level worries about inflation and the Federal Reserve's tapering plans. As such, traders seem to be taking a cautious approach.

Investors know that volatility is the name of the game in the crypto space. Short-term momentum-driven rallies and declines are commonplace. Accordingly, the potential for the current pattern of price weakness to continue for some time is real.

That said, there are some encouraging catalysts to take away from Monday's announcements on the Bitcoin and Ethereum fronts. They are the two largest cryptocurrencies by market capitalization, and as such, their performances can pull valuations across the sector higher or lower with them.

Over the short term, it can be difficult to assess which direction the winds are blowing. However, a few catalysts materialized Monday that could support a longer-term bullish thesis, giving some crypto investors an incentive to buy this dip.