Turkcell is earning a lot of lira -- but lira aren't worth so much anymore.

This was the government's fault. 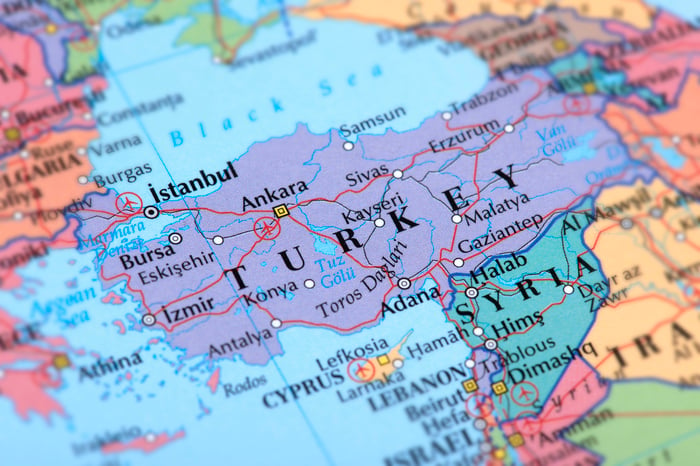 Over in Turkey, you see, President Recep Tayyip Erdogan has declared an "economic war of independence." (From who, precisely, is not clear). As part of his "war," the president is insisting that the local central bank continue cutting interest rates despite the fact that it's contributing to runaway inflation rates that devalue the Turkish lira.

How "runaway" are we talking here? Well, the annual inflation rate in Turkey this year is near 20%, according to CNBC. And if you think that's bad, today alone the Turkish lira devalued by a further 12.25% relative to the U.S. dollar.

At 12.82 lira to the dollar today, the lira has reached a historic low -- but history's a big thing, and the way things are going right now, there's little reason to be confident that things can't get even worse.

Even now, the situation looks pretty bad. A devalued lira means people have to spend more on food and shelter -- and cell service -- and may have to juggle their bills as they struggle to afford all three. A devalued lira also means that when Turkcell is paid for its services in lira, those lira are worth less money in U.S. dollar terms, devaluing the worth of Turkcell's earnings.

That's a crying shame, too, because at last report, Turkcell itself was doing pretty well, with Q3 sales up 22% year over year and net income up a very respectable 18%. If only the Turkish government would quit messing up the economy, Turkcell might actually turn out to be a decent investment.