The company is buying back shares.

Cannabis companies often need to raise money through new share offerings in order to help fund their future growth plans. And with the industry still in its infancy, it's likely that pattern will continue. Investors would probably be happy with a company that simply doesn't issue new shares on an ongoing basis. The idea of a pot producer announcing share repurchases is almost unheard of.

However, that's what cannabis company Sundial Growers (SNDL -3.77%) announced this month, just a day after releasing its earnings report. While it sounds great, is this really a good move for a business that may end up needing more money? 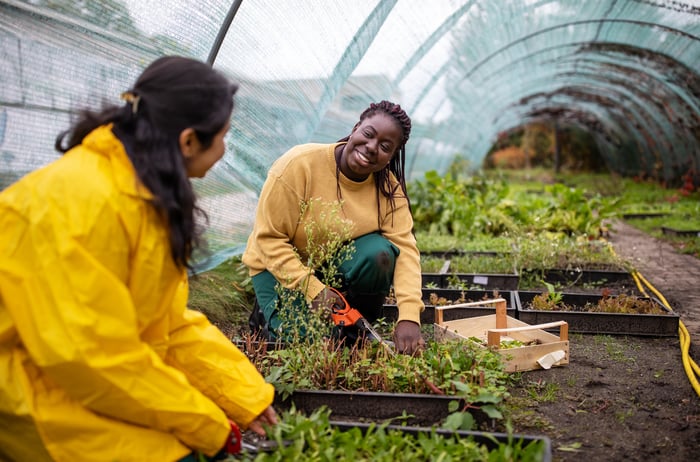 Sundial plans to repurchase up to 5% of its shares

Under a share repurchase agreement announced this month, Sundial's Board of Directors gave the green light for the company to repurchase up to 100 million Canadian dollars worth of its common shares. The agreement covers a maximum of 102.8 million shares, or 5% of the number of shares outstanding as of the date of the announcement (Nov. 11). It expires on Nov. 19, and the company can suspend or terminate the agreement if it chooses to do so.

Announcement comes right after the release of its earnings report

News of the buybacks came just a day after Sundial released its third-quarter results, which covered the three-month period ending Sept. 30. The company's Q3 numbers showed Sundial coming off a record-setting performance where it posted an adjusted earnings before interest, taxes, depreciation and amortization (EBITDA) that topped CA$10.5 million, versus a loss of CA$4.4 million just one year ago.

Perhaps trying to sprinkle some good news on top of an already positive press release, Sundial decided to announce the repurchase agreement separately -- a day later. It looked to have achieved the desired effect, at least temporarily, as shares of Sundial Growers shot up as much as 33% the following day, while also hitting a trading volume of 886 million, the highest it has been in months. However, the volatile stock has fallen since then and is back to trading below $0.70.

Is this a good move for Sundial?

Investors will undoubtedly love this announcement as up until now, Sundial has been a bit of a dilution machine.

The brilliance of the move is that it sounds great as it's rare for a company in this sector to be announcing a share repurchase while others, including industry giant Canopy Growth, continue to struggle with profitability; during the same three-month period as when Sundial reported its record profit, Canopy Growth posted an adjusted EBITDA loss of CA$163 million.

And at the same time, Sundial isn't locking itself into making buybacks and is allowing itself the flexibility to make changes as it needs to. Given that the company has CA$571 million in unrestricted cash of Nov. 9, it's in a solid position to be able to buy back shares without making a large dent in its cash position. It also inspires confidence in the company's future as CEO Zach George expects that Sundial will generate positive free cash flow next year, which will help add to its coffers.

Should you invest in Sundial stock?

Sundial is coming off a strong earnings performance, and a buy back could help support its stock over the next 12 months. Year to date, its shares are up 46%, outperforming the Horizons Marijuana Life Sciences ETF, which is down by 6%. However, Sundial is still a risky investment, especially in a time of transition; this year, the company has made two retail acquisitions, the most recent being of liquor store company Alcanna, which may not close until next year (the other was Spiritleaf, which is already complete and contributing to Sundial's financials).

Taking a chance on Sundial could pay off (its shares soared to nearly $4 earlier this year when it became a popular meme stock), but not every investor will be comfortable with the stock's unpredictability. If you are more conservative in nature, the safer option is to wait at least until after Sundial starts reporting results from Alcanna (assuming the deal closes), which will give investors a better idea of its financials moving forward. Until then, this is likely going to remain a volatile investment.