Popular meme token Dogecoin (CRYPTO:DOGE) saw rather intense selling pressure today. This dog-based digital currency was down 8.6% as of 10 a.m. ET, and hit a daily low of as much as 9.6% over the past 24 hours, in earlier trading. Since then, DOGE has begun to recover, down approximately 5% at 1 p.m. ET.

This week has been a relatively volatile one in the crypto world. For dog-inspired meme tokens, this volatility generally outpaced the market. 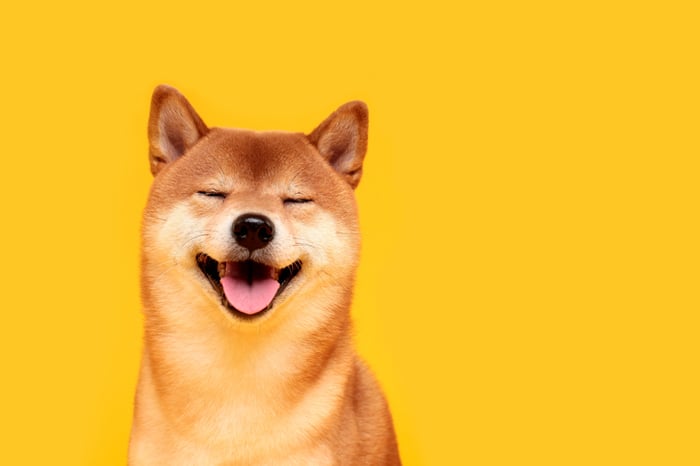 To be fair, this has been the case for some time. The rallies we've seen in meme tokens have been astronomical in nature, with downside moves being more pronounced as well.

Today, a couple of news items appear to be driving sentiment lower among investors in meme tokens. It was reported earlier today that Dogecoin, along with other major cryptocurrencies, plunged sharply in India on news of a bill moving forward that will ban most private tokens.

Additionally, investors seem to be considering recent comments made by Ripple CEO Bradley Garlinghouse on the inflationary dynamics of Dogecoin as a negative for the cryptocurrency market.

News that India will be moving forward with its bill was not entirely unexpected. However, seeing the bill progress toward being passed has some investors on their toes. Continued regulatory headwinds are a net negative for the overall crypto sector. However, for more speculative tokens, investors may see outsize volatility on further news flow on this front.

With respect to the inflationary nature of Dogecoin, this is something that has been a key detractor bears have pointed to for some time. To see a high-profile name in the industry call out Dogecoin specifically is certainly something bulls don't want to see.

Right now, it appears the crypto market is attempting to find some sort of equilibrium. As price discovery takes place, investors can expect to see more volatility on the horizon. For meme tokens such as Dogecoin, this volatility may be more pronounced. Accordingly, investors should factor this into their decision-making process when considering this token.