Cheap is in the eye of the shareholder. A bargain to you may seem outlandish to me, and vice versa. There are also many different ways that investors define a stock as cheap.

Cheap could be a misunderstood growth stock selling at a discount to its growth rate -- like Crocs (NASDAQ:CROX). It could also mean a stock trading at a low earnings multiple with a juicy dividend -- like Camping World Holdings (NYSE:CWH). I own a piece of both companies. Let's take a closer look to see why these are two of the cheapest stocks I own. 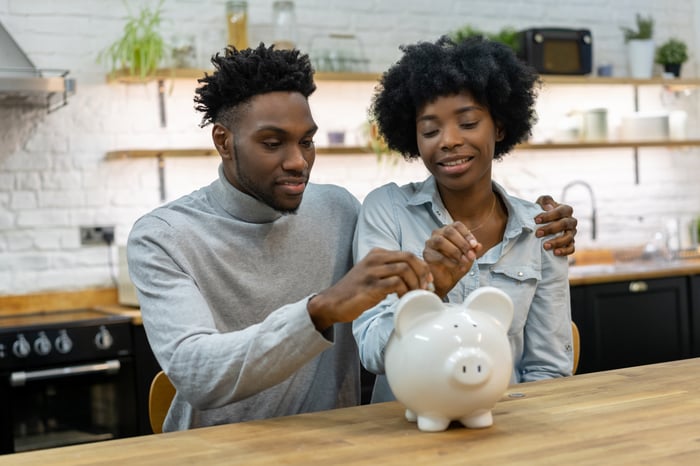 Footwear is an industry that doesn't get a lot of respect. One can argue that Wall Street walks all over shoe companies. Sometimes there is a market frenzy for a fad. Remember when Heelys were on a roll? Remember when securing a pair of Air Jordans was the meaning of life? Game six.

Crocs also had its moment in the faddish sun. Then the sun set. But the sun is now brighter than it was before. The comfy resin shoes that were once limited to either young kids or the nurses, teachers, and security guards that spend a lot of time working on their feet have gone even more mainstream. Crocs is now wrapping up what will be its third consecutive year of double-digit sales growth, but the pandemic has helped push the distinctive footwear to a higher level.

Last year we were at home and craved comfort over fashion. However, Crocs has exploded into the mainstream in 2021 with red carpet appearances during April's Oscars ceremony and on the big screen in Suicide Squad. We're seeing the popularity take off in real time. Crocs was modeling 20% to 25% in sales growth when the year began. Three beat-and-raise quarterly performances later, Crocs is eyeing a 62% to 65% top-line pop for all of 2021.

The market's been bidding up a lot of slower-growing stocks to insane multiples, but Crocs is trading for just 18 times next year's projected earnings. The ratio shrinks to 15 for 2023 and less than 13 for 2024. If you think analysts are being too generous with the bottom-line growth models, keep in mind that Crocs has trounced expectations by at least 30% in each of the past four quarters.

Tell Camping World to take a hike and it will probably either boost its already-hearty dividend or try to sell you camping gear for that next hike. The world's leading seller of recreational vehicles (RVs) is another company that took growth to a new level as the country shuffled priorities around during the pandemic.

Social distancing, remote workforces, and an appreciation for the great outdoors are becoming permanent fixtures in society. RVs are giving people the means to travel safely across the country, and Camping World is the welcome beneficiary. It is the world's top dog in new and used RVs. It also happens to operate Good Sam Club, the equivalent of AAA for RV enthusiasts, with more than 2 million members.

Camping World isn't growing as quickly as Crocs, but its latest quarter was another strong performance. Revenue and net income rose 14% and 22%, respectively. Like Crocs, "beat and raise" has been a regular feature on the earnings season menu.

Growth should slow here, but value investors will find it hard to resist the stock at current levels. Camping World is trading for seven times forward earnings. It also yields an impressive 4.4% after doubling its quarterly payout rate this summer.

Camping World and Crocs are two of the cheapest stocks I own, despite having soared 88% and 168%, respectively, this year. In the never-ending debate of value vs. growth stocks, I would argue that you can have both.