The cryptocurrency world is changing at light speed. For crypto exchanges such as KuCoin, this makes for a difficult space to traverse.

Indeed, among crypto exchanges, investors have many options to choose from. However, there is an unusually solid bull case for KuCoin, and its native KuCoin Token (CRYPTO:KCS), in this environment.

Over the past year, KCS is up more than 2,800% as of Nov. 28. And there's reason to believe this impressive momentum can continue.

Let's dive into three reasons investors may want to consider KuCoin as part of a well-balanced portfolio. 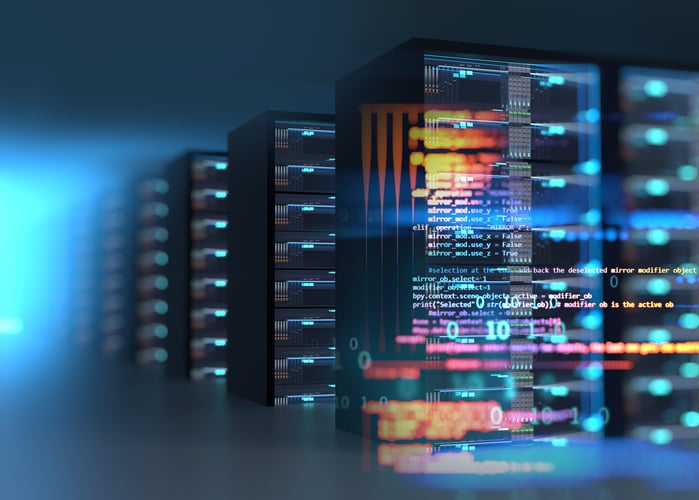 The KuCoin token is an ERC-20 token, which is a fancy way of saying it is built on top of the Ethereum (CRYPTO:ETH) network. This utility token was launched in 2017, and its value is broadly derived from the exchange with which the KuCoin token is associated. For long-term investors, that's a good thing.

KuCoin is currently the fifth-largest crypto exchange by volume, behind the most prominent names in this space: Coinbase Global (NASDAQ:COIN), Binance, FTX, and Kraken. But what separates KuCoin from the rest is the various ways in which the exchange creates value for its users.

Like other exchanges with native tokens, KuCoin Tokens can be used for payment of trading fees on the KuCoin Exchange. But traders are rewarded with a 20% fee discount for doing so. Accordingly, for high-volume traders, KuCoin is becoming a platform of choice. Trading fees can be excessive these days, as many crypto investors know.

KuCoin is also working to develop its own blockchain with KuChain. This blockchain is expected to allow KuCoin to continue offering low transaction fees, with reasonably fast speeds. The KuCoin Token will be used for governance on this platform as well. These tokens gain value from a wider range of use cases and a larger volume of transactions. Therefore, KuChain transactions should boost the native token's market value.

In addition to all the aforementioned work underway with KuCoin, the Singapore-based cryptocurrency exchange is also working on a token burn. In the crypto world, a token burn refers to the elimination of tokens over time. While some cryptocurrencies are inflationary (new tokens are minted on a schedule), cryptocurrencies that burn tokens can be considered deflationary. For longer-term investors, deflationary tokens are advantageous from a potential return standpoint, as each remaining token represents a larger piece of what is hoped to be a growing pie.

KuCoin has undertaken a monthly buyback and burn of its token. Like share buybacks, planned token burns have a similar effect. Measuring the ultimate impact of this planned burn is hard. But it's clear from the capital appreciation investors have received with KuCoin that this is a key factor for them.

And the token burn is not even close to being over: There are reportedly as many as 70 million KuCoin tokens to be burned. For those looking for a fundamental reason to consider this token as an investment, this is certainly a good one.

In the crypto world, staking is growing in importance for investors looking at which token to invest in. Staking refers to locking up one's tokens in exchange for more tokens. In essence, staking provides a yield, similar to stocks, bonds, and other securities.

That said, there's a drawback with staking that's difficult for many investors to overcome: the reality that staking requires them to lock up their tokens for a specified period of time. Accordingly, unlike bonds or stocks, which can be sold at any time, investors might think of staking more like a certificate of deposit (CD). Thus, they typically trade liquidity for yield.

However, KuCoin has solved this drawback. Users with at least six KuCoin tokens in their wallets on the KuCoin Exchange are eligible for daily distributions. The exchange reportedly looks to share 50% of its daily trading-fee earnings with those holding KuCoin Tokens on the KuCoin platform. Sounds too good to be true, but that's the case.

For those bullish on the growth potential of KuCoin's platform, the more KuCoin one owns, the greater the rewards over time. This has been a key demand driver for the KuCoin Token over time, and it's one that's likely to continue as long as transaction volumes on the KuCoin Exchange continue higher.

Cryptocurrency investment is inherently speculative. Although we have seen an enormous bull run in recent weeks, the investment landscape can change quickly. Accordingly, invest with caution.

As with any investment, you should work out your bull-, base-, and bear-case scenarios. The potential for the KuCoin platform, and the platform's underlying token, remains impressive. However, a range of factors could blow up this thesis in a heartbeat.

That said, KuCoin is one token I think has a tremendous amount of value. The passive-income potential is real, and there's a legitimate liquidity argument for holding the KuCoin Token, rather than staking other cryptocurrencies. That's something investors should certainly consider.