WashREIT (NYSE:WRE) reported awful third-quarter results. The diversified real estate investment trust (REIT) focused on the Washington, D.C., metro area reported a big decline in its funds from operations (FFO). That was due to a combination of asset sales and weaker results at its existing assets.

However, while the third quarter was rough, the future looks much brighter. That's because it's undergoing a major transformation to a multifamily REIT focused on fast-growing markets across the Southeast. 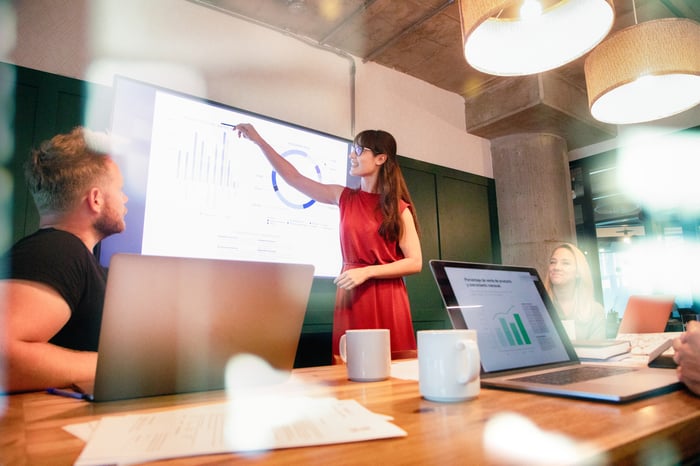 Disappointing numbers all around

WashREIT only generated $0.04 per share of FFO during the third quarter. That's a significant decline from $0.36 per share in the year-ago period. One of the drivers was asset sales. The company sold the bulk of its office portfolio to Brookfield Asset Management (NYSE:BAM) for $776 million. In addition, it sold its retail portfolio for $168.3 million.

However, another issue was the lackluster performance of its remaining assets, comprising multifamily properties in the Washington, D.C., metro area and its last office building. The company reported that same-store net operating income (NOI) in its multifamily portfolio decreased by 0.4% due to the continued impact of the pandemic on its rental income. Meanwhile, NOI from its remaining office building declined by 4.9% due to higher taxes and payroll expenses and the lack of a bad debt recovery that benefited it in the previous year.

Better days appear to lie ahead

The third quarter marked an inflection point for WashREIT. It completed the final stages of a multi-year strategic transformation by selling its retail portfolio and most of its remaining office assets. That's allowing the REIT to pivot its portfolio toward the fast-growing multifamily sector in the Southeast.

It launched into that new phase during the quarter by starting its Southeast multifamily expansion strategy. It completed the acquisition of a 240-unit multifamily property near Atlanta for $48 million. That property was off to a strong start, capturing 25%+ higher rates on new leases signed in September and October.

In addition, it signed agreements to acquire two more properties in Atlanta for $106 million, which should close during the fourth quarter. It was also working on another $97 million deal in that market, which it hopes to close in the fourth quarter.

These deals had WashREIT on track to deliver 55% of its $450 million multifamily acquisition target. Meanwhile, the company noted that it had an active pipeline of opportunities to continue acquiring multifamily properties in fast-growing Southeastern markets as it continues its geographic expansion.

These deals should help grow the company's FFO in the coming quarters while diversifying its portfolio. The company hopes to become 100% multifamily by selling its remaining office asset and reinvesting the proceeds in additional apartment acquisitions. It also aspires to eventually increase its geographic diversification from a sole focus on the Washington, D.C., metro area to a 60/40 split between that region and the Southeast by adding new cities to its portfolio, like Charlotte and Raleigh-Durham, North Carolina. Properties in those metro areas should benefit from steadily rising demand, likely driving strong rental growth rates.

An additional growth driver is the significant investment opportunity in the company's aging multifamily portfolio. About 60% of WashREIT's current apartments are considered Class B with value-add potential. They're in strong locations but are older properties in need of renovation. The company can steadily improve these properties, which could drive significant rental rate improvements. WashREIT has a strong track record, having completed more than 1,800 renovations since 2005, earning average cash-on-cash returns of 10%-20%.

A deeper dive shows this REIT's best days might lie ahead

There's no way to sugarcoat things: WashREIT reported awful third-quarter numbers. However, the REIT also started the next phase of its transformation, which should jump-start its growth in the coming quarters. Add that to the upside of its legacy multifamily portfolio, and it still looks like a great buy for investors seeking a way to play the housing boom across the Southeast.