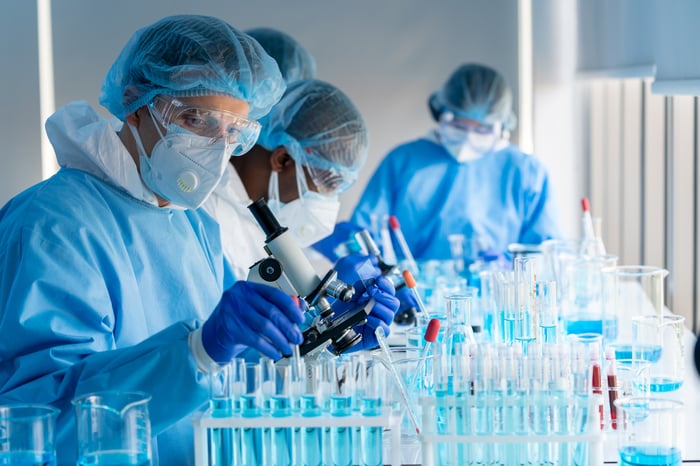 Genetron reported its third-quarter earnings before the market opened on Tuesday. The company's reported revenue for the quarter was $23.7 million, up 36.2% year over year. The company said its biggest area of growth was its in-hospital revenue, which it listed at $80 million, up 70.5% compared to the same period in 2020. It also said that its gross margins had grown from 62% to 69%. Genetron reported a net loss of $20.2 million for the quarter, compared to a loss of $48 million in the prior-year period.

The company also updated the public about its early screening programs for hepatocellular carcinoma, the most common type of liver cancer in adults. It said it began enrollment for a PCR-based trial for the disease in November, and has plans to begin enrollment for a next-generation sequencing (NGS) trial for the disease in the coming months. Genetron also said it has developed a multi-omics blood-based early screening assay for colorectal cancer, adding that the test has been shown to be 91% sensitive, with a specificity of 95%.

The biotech company also announced on Monday that it had entered into a collaboration agreement with AstraZeneca to jointly develop, in China, an NGS personalized minimal residual disease test for various solid tumor types. The assays will be based on the genetic analysis of individual patients' primary tumors, using Genetron's mutation capsule technology, which it says has features to aid in the development of liquid biopsy assays.

It's important to note that Genetron's earnings report was unaudited, so investors may remain wary of this small-cap company. The impact of Chinese regulators' ongoing crackdown on various businesses and industries is also likely putting downward pressure on Genetron's share price. However, the company does seem to be improving its margins, and considering its pipeline of assays, the stock may be a good long-term holding for investors who don't mind the risk level typically associated with biotech companies.