The S&P 500 had its worst day of the year on Friday, falling 900 points on the news that there could be a new obstacle in the economy's recovery: omicron, the latest COVID-19 variant.

For investors looking to get away from this volatility and find more safety, holding dividend stocks in your portfolio can be an excellent decision. They can ensure that you're collecting a recurring stream of income you can use to help offset losses in your portfolio. And at best, they can boost your returns. Two dividend stocks that pay an above-average yield and are incredibly cheap right now are AbbVie (NYSE:ABBV) and ViacomCBS (NASDAQ:VIAC). 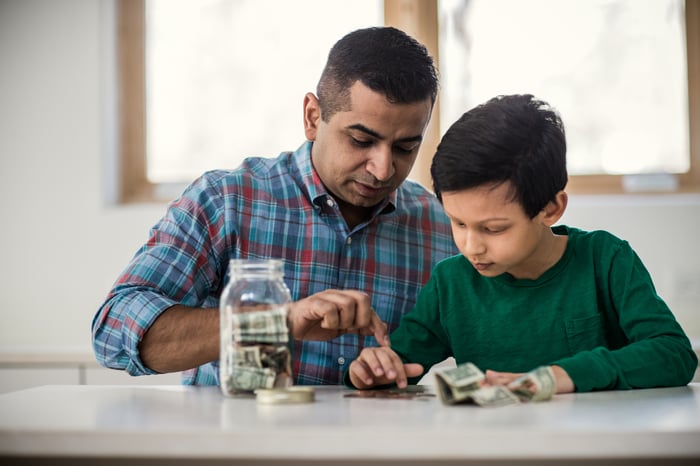 AbbVie makes for an ideal buy-and-forget investment. The healthcare stock yields an impressive 4.8% right now -- well above the S&P 500 average of just 1.4%. And the dividend is well supported; in the past 12 months, the company has generated free cash flow of $21.7 billion, more than double the $9 billion in dividends it paid out during that time.

When the company released its latest quarterly earnings results on Oct. 29, it reported sales of $14.3 billion, 11% higher than the year-ago period. The company also raised its guidance for a third time in 2021, anticipating that its adjusted diluted earnings per share will come in between $12.63 and $12.67 for the full year. That's well above the $5.64 in dividends that the company is paying out annually per share. The Dividend Aristocrat also raised its dividend by 8.5% in a hike that will come into effect next year.

While investors may be worried about the company's expiring patent on rheumatoid arthritis drug Humira, AbbVie's management anticipates that newer drugs like Skyrizi and Rinvoq will generate long-term growth and make up for the inevitable decline in Humira's sales. Both drugs still have a long way to go. In just the latest quarter, they achieved combined sales of $1.2 billion in sales while Humira brought in more than $5.4 billion.

CEO Richard Gonzalez said, "What we're basically trying to accomplish with the company is build a set of assets that could ultimately significantly replace Humira in the marketplace and be superior to Humira."

Even if there's a dip in profitability, AbbVie has plenty of room to support its dividend. And with other pharma stocks like Pfizer, Merck, and Amgen trading at forward price-to-earnings (P/E) multiples of more than 12, AbbVie's multiple of nine makes the stock look like a bargain buy.

Media and entertainment company ViacomCBS pays a dividend that currently yields right around 3% per year. While it's not as high as AbbVie's payout, the stock could more than make up for that with some possibly stronger gains. Viacom currently trades at a forward P/E of less than nine, which is dirt cheap as streaming stocks Walt Disney and Netflix trade at multiples of 35 and 62, respectively.

One of the reasons investors aren't as bullish on ViacomCBS is that it still isn't a big rival to those streaming giants. At 47 million global streaming subscribers across its services (including Paramount+), ViacomCBS is nowhere near Netflix's tally of 214 million and has a long way to go in catching up to Disney at over 118 million.

Plus, ViacomCBS's streaming service isn't even the biggest part of its business. In the latest quarter, its advertising, affiliate, and licensing segments together contributed the vast majority of the company's revenue -- about $5.5 billion in all. However, this latest quarter marked the first time that its global streaming revenue surpassed $1 billion. And with revenue growth of 72% over the year-ago period, streaming is by far the company's fastest-growing segment.

Although it may not be as popular as its bigger-name rivals, ViacomCBS is posting some strong results of late and it could be an attractive contrarian bet to take. Plus, its dividend makes it an even better buy.