Shares of Groupon (NASDAQ:GRPN) jumped as much as 7% on Wednesday after the company announced its new CEO Kedar Deshpande. Investors were excited at the time of the announcement, buying up Groupon shares, but the stock has since given up a lot of these gains and is up only 1.6% as of 12:13 p.m. ET.

Deshpande spent the last 10 years at Zappos, where he worked his way up to the CEO role. Groupon's board of directors likely thought this experience would be vital in helping it turn around its consumer and merchant marketplace. 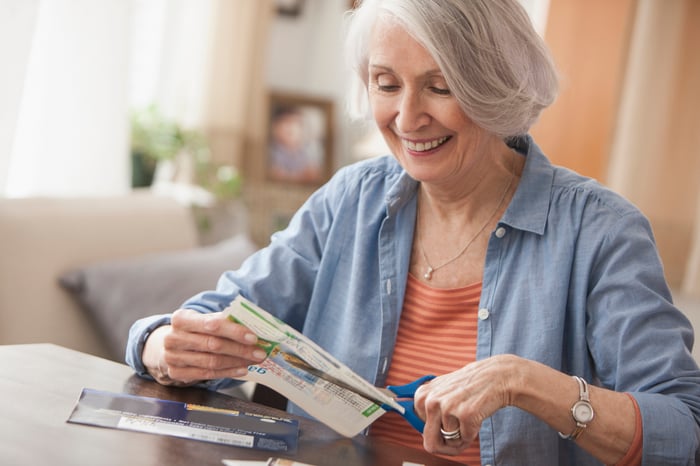 Since its failed initial public offering (IPO) in 2012, Groupon has pivoted from just a coupon company to building a marketplace that connects local consumers with local merchants. According to its website, it has worked with over 1 million merchants, driven $25 billion in demand for local businesses, and saved consumers $35 billion through its marketplace.

Groupon's turnaround story may sound exciting for value investors, especially when looking at the stock's price-to-earnings ratio of 6.3. However, Groupon's revenue is declining rapidly, down 35% in the last 12 months, which is not a good sign for the health of this business. Maybe Deshpande can turn things around, but until that happens, it is probably smart for investors to stay away from this dying business.