Dave & Buster's (NASDAQ:PLAY) has some big questions to answer for investors in a few days. The entertainment and restaurant specialist's stock has plummeted from its late February highs as investors worry about its potential to disappoint on the growth and earnings fronts over the next few quarters. Expectations are low heading into the report set for Dec. 7.

That's surprising, given that the chain's last operating update contained so much good news about the business. Let's take a look at the metrics that might extend that positive momentum into Dave & Buster's fiscal third quarter. 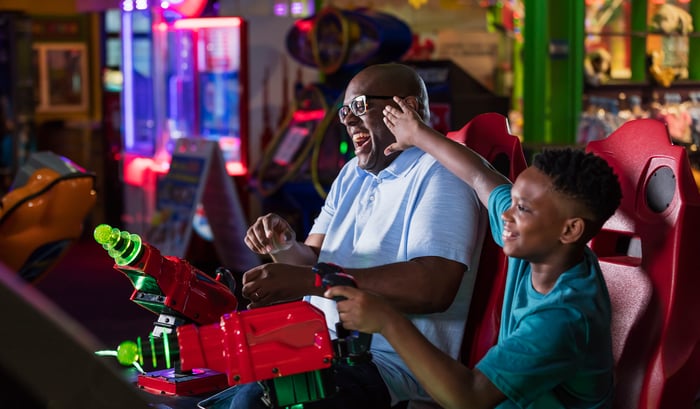 The brand is back

CEO Brian Jenkins declared that the Dave & Buster's brand had fully recovered from the COVID-19 slump as sales returned to record territory through late July. Most investors who follow the stock are expecting another strong performance on Tuesday, with sales jumping to about $324 million compared with $109 million a year ago and $299 million in the same period in 2019.

It will be interesting to see whether Dave & Buster's lost any growth momentum compared to 2019, given that its 4% comparable-store sales uptick in the second quarter trailed larger restaurant peers like Starbucks and McDonald's.

It's not enough that the chain is setting new sales records in this environment. Shareholders want evidence that Dave & Buster's can outpace the wider industry and win market share while consumers are spending freely on entertainment.

The news should be more clearly positive around profits. Dave & Buster's slashed costs during the pandemic and is in no rush to abandon that new efficiency level. In fact, operating profit margin landed at 21% of sales last quarter, or about double the rate from the same period in 2019. 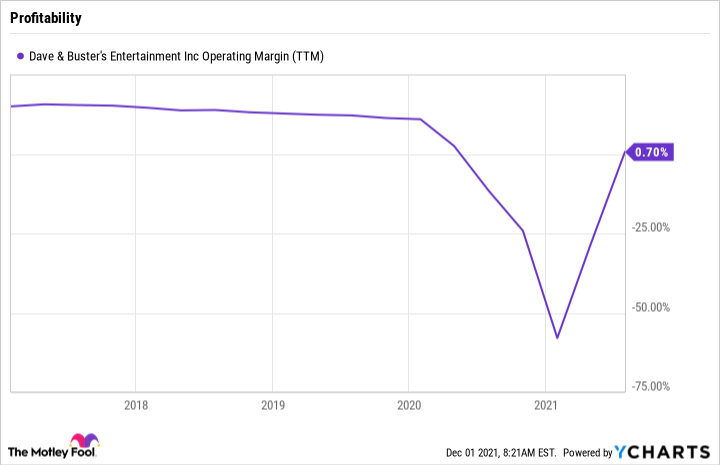 The big question is whether those gains are sustainable or were just an artifact of temporarily low staffing and maintenance spending. This week's report should start clarifying Dave & Buster's long-term margin potential as it seeks a new normal following last year's losses.

The chain's short-term outlook will be a major highlight of the report and is the single metric most likely to move the stock this week. Coming into the announcement, investors are expecting full fiscal-year sales to land at $1.36 billion, or just about 1% above the level the company reached in 2019 before the pandemic struck. That prediction assumes solid growth in the fourth quarter, with revenue expanding to about $375 million compared to $347 million two years ago.

These forecasts might change significantly as investors digest the latest operating results and management's comments about Q4. Dave & Buster's is likely to predict much higher earnings, paired with more modest sales growth over the next few quarters.

While that result would mark an improvement over the chain's momentum before the pandemic struck, it will still take a few quarters before investors know if Dave & Buster's is on a better growth path or set to return to its prior disappointing record.