The metaverse has gotten a lot of attention since tech stock Meta Platforms (NASDAQ:FB) renamed itself, and for the most part, a handful of companies have gotten most of the attention when it comes to building the metaverse. Traditional names like Meta, NVIDIA, and Unity are commonly thrown out as potential winners, but if history is any indication, there will be some surprise winners in this new paradigm.

Three companies with a future in the metaverse that I think the market is underestimating are Twitter (NYSE:TWTR), Coinbase (NASDAQ:COIN), and American Tower (NYSE:AMT), which will be critical in building and operating the infrastructure of the metaverse. 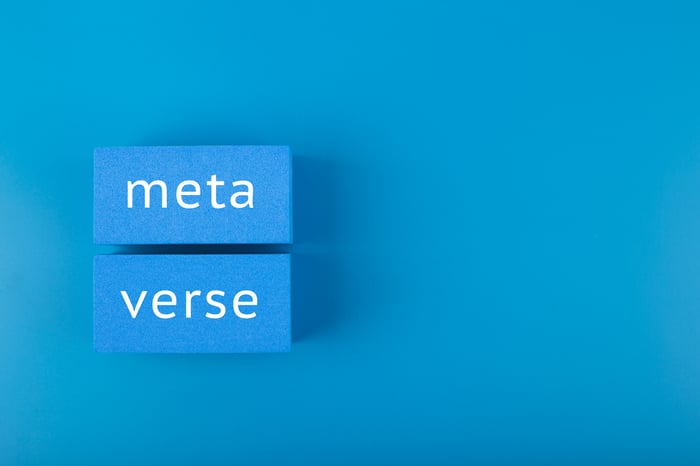 When Facebook was built, it was an online extension of our real social networks. Friends and family were at the center of our social graph, and for the most part, that's still the case today.

Twitter was built differently, allowing people to follow those they chose to put in their network. A single person could even have multiple social graphs through multiple accounts relatively easily.

I think as the metaverse develops, we will see people choose social networks where they feel the most commonality or sense of belonging. I'm part of what's known as FinTwit on Twitter, while others talk about media Twitter or influencer Twitter. These are almost like silos that happen within Twitter itself, and as the metaverse builds, these social graphs could be a way to find like-minded people in the metaverse. If Twitter can find a way to be a connection tool, it could be the natural social media network of the metaverse.

The bridge to the real world

There are a lot of unknowns about what the "metaverse" really is, but I think it's becoming clear that some sort of cryptocurrency, NFT, avatar, digital ownership structure will be part of what companies build. And to accomplish that, there will need to be an intermediary between buyers and sellers of all of these digital assets. Coinbase appears to have a big lead in becoming that company.

Coinbase is the biggest marketplace for cryptocurrencies today, with 7.2 million monthly active users and $327 billion in volume traded in the third quarter of 2021 alone. On top of that, the company is building an NFT marketplace that CEO Brian Armstrong thinks could be bigger than its cryptocurrency business.

As the metaverse begins to come to life, companies will have to figure out how to distribute digital assets and whether that's with cryptocurrencies or fiat currency. Coinbase seems like a natural fit for the market.

The safest pick to profit from the metaverse may be far more boring than it seems. American Tower is primarily an owner of towers that hold cellular equipment, but the company has been increasingly getting into owning local data centers that house edge computing servers. In other words, this is an edge computing play.

Virtual reality developers have been talking about this for years, and the concept is that eventually, some of the computing that's needed to build a VR or AR experience will go from on-device to in the cloud. That would require a fast connection like 5G, but even at the speed of light, the servers doing edge computing would need to be physically close to users to reduce potential lag. The same can be said for autonomous vehicles, which may not house all of their computing on-device and will instead push computing to the cloud.

American Tower's play in the edge computing business is to build and acquire data centers that sit in strategic locations close to customers. Conveniently, many of those locations are actually at the base of the cellular tower, where 4G or 5G data can come into the data center, get processed, and be sent back to users.

As edge computing becomes more and more important to the metaverse, American Tower is a steady way to play the industry's growth, and investors get a 2% dividend with likely growth in the future.

Beyond Meta in the metaverse

Twitter, Coinbase, and American Tower may not seem like the most natural metaverse stocks at first, but I think they have some natural advantages in the market. With so much uncertainty about what the metaverse will look like, I like these as hidden plays with almost pure upside in the metaverse long term.