How much would you pay for a chance to stay healthy and vibrant for a few extra decades?

An American biotechnology company located in Miami of all places has convinced more than a few investors that its cellular therapy candidate can reverse common effects of aging. This November, shares of Longeveron (NASDAQ:LGVN) shot up more than 10-fold. Unfortunately, the gains didn't last long.

Longeveron stock has tumbled to around 44% below the peak it reached in November. Investors who missed the boat the first time around are wondering if Longeveron the recent slide is an opportunity to buy a potential long-term winner at a relative discount. 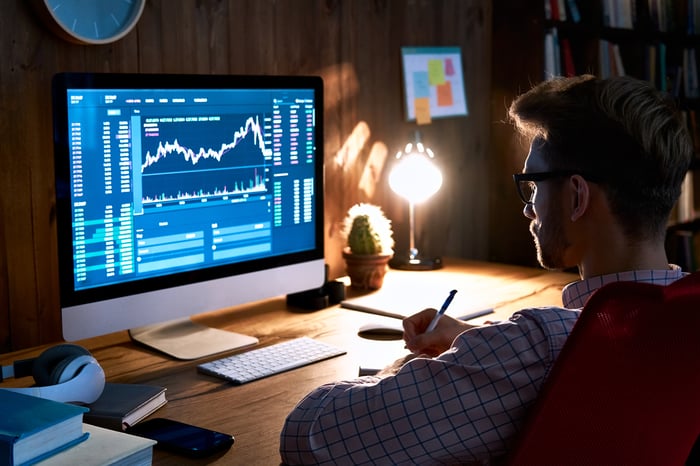 Here's a quick look under the hood to see what investors are getting themselves into when they buy this clinical-stage biotech stock.

Longeveron's medicinal signaling cells (MSCs) are the same thing many still call mesenchymal stem cells. The definition of a stem cell involves becoming something new like bone, or cartilage. We've recently learned that MSCs aren't producing new tissues. They're telling already differentiated cells that fell asleep on the job to get back to work.

The important takeaway for biotech investors here is this: Longeveron isn't doing anything new. The company hasn't explained how its MSC product, called lomecel-B differs from MSCs that hundreds of academic laboratories around the world have been using in their own research for decades.

If Longeveron can prove lomecel-B works as intended, competition from competing pharmaceutical giants with deep pockets could prove an insurmountable challenge.

Unfortunately, evidence of a benefit for lomecel-B remains elusive. This August, Longeveron told investors its only new drug candidate flopped in a 150-patient phase 2 trial that wrapped up at the end of April.

Longeveron was testing lomecel-B, a candidate with an unclear mechanism of action, as a potential treatment for patients with aging frailty, a condition with an unclear root cause. Six-minute walking distance score improvement at 180 days following treatment was the primary endpoint. Sadly, patients who received lomecel-B didn't perform significantly better than the placebo group.

Longeveron held on to news of the primary endpoint miss long enough to produce 270-day data that appears encouraging. Instead of moving lomecel-B into a phase 3 frailty trial, though, the company is pivoting to hypoplastic left heart syndrome with a phase 2 trial that began enrolling patients in July.

Longeveron isn't taking lomacel-B's failure in aging frailty lying down. The company has a flurry of clinical trials planned for 2022, including an Alzheimer's disease study.

More misguided enthusiasm for Alzheimer's stocks, in general, could push Longeveron through the roof. With soaring operating expenses and very little chance of ever marketing an FDA-approved drug, Longeveron just isn't worth the risk right now.